With news that the SAT is rolling out an adversity score for possible use in college admissions, I have been asked the question, “how much does being white, hurt my college application?” 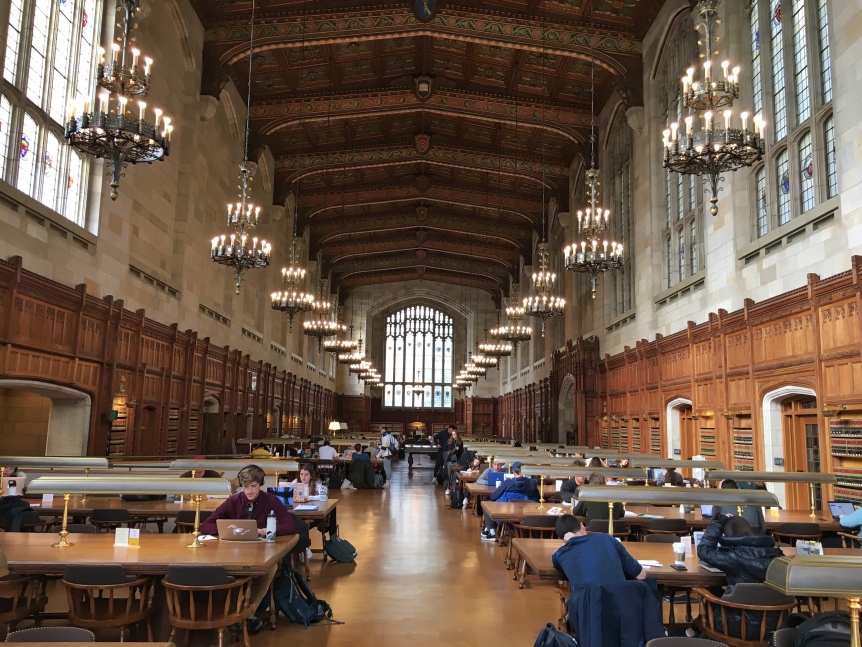 When I give that answer, those who know and trust me, argue that this is the opposite of what everyone has ever told them. Those who don’t know or trust me, simply don’t believe me.

May I offer up some points of perspective?

At no top tier American university does any ethnic or racial group outnumber white people. Now, this does not mean that there are not schools, good ones too, where the majority of people are not white. Howard for example is a great school, and there are almost no white people there, but odds are if any remotely qualified white person were to apply- they would get in. It happens. But Howard isn’t really what most white people are worried about. They are more worried about Harvard, Princeton, or State U of wherever. Places they actually want to go, and are worried that their whiteness will be a disadvantage.

College is not only competitive but high stakes. That is why all those celebrities paid large sums of money to cheat their way in. Diversity is a hot button topic, everybody wants it, and if you as a white person think you don’t have any of that, then you feel disadvantaged.

I may have actually both thought and felt that before. Thinking or feeling that doesn’t mean you are bad. But it does make you wrong.

If you step back for a moment and look at American colleges (or businesses, or government, or Hollywood) you will realize that all of those places and institutions are dominated and usually run, by white people. 80% of college presidents are white.

Yale’s student body is 52% white, Michigan is 65% white, and Harvard is 42% white. As you read that, you might screech to halt at Harvard and think, “that is less than half!” And you would be right. But what you might not go on to think about is that Harvard is not enrolling America, but rather the world, and the world is not white. In fact, that is part of why Harvard is being sued right now. Because the largest group next to white people is Asians (a large swath of ethnicities all lumped together) who make up 14% of the Harvard student body, but 60% of the globe’s population. In fact if you combine all of Europe and North America’s population, you only have approximately 19% of the world… and not all of those people are white. So how in the world (pun intended) are there so few Asians at Harvard… and so many white people? I added that last part. The plaintiff doesn’t mention the white people.

But not every school is Harvard.

Remember that most schools categorize students as white, LatinX, black, Asian/Pacific Islander, Native American, and other. At U Texas in Austin, a geography with a lot of non-white people, 41% of students are white while only 20% are LatinX. Written another way, the number of white students is double the size of next largest group. It takes all the non-white people bundled together (which isn’t how race and ethnicity functions in society), to ever outnumber the white people.

White people are not having trouble getting into good colleges.

Now there are some other things that will definitely hurt your chances of getting into a top college. Things like:

Being the first one in your family to apply to any given college.

Attending a high school that has not sent a student to a top college in our current lifetime.

Then there are things that will hurt your chances of getting into a good school:

These are different than the things that will hurt your chances of actually attending a good school:

Being afraid of loans.

Notice that being white is not on any of those lists.

Look, I know that there are articles, and people, and even actual policies out there directed at increasing the diversity of college classes. That is in fact a real thing. I participate in those things. That is part of my job. There are people who have dedicated their entire lives and billions of dollars and lobbied and sued and protested and legislated, and argued, and educated and done all sorts of things to push for diversity in college admissions but none of that equates to whiteness being an actual disadvantage.

College is too expensive and elitist and competitive -for everyone- and being brown skinned is not going to remove all the obstacles and check all the boxes and open all the doors that white students are expected to go through.

There is no sentry posted at any college gate with orders to bar the entry of white kids because they are white.

Tyler Durden is not bound by convention. He does not play by the generally accepted rules of demeanor, modern capitalism, or clothing.

Getting recreationally punched in the face is attractive to very few people, until they see someone who looks unusually attractive getting his tooth cracked. Then suddenly people want to be that guy.

Were this guy wearing a standard business suit he would appear an authority figure and hence a bully if in fisticuffs.

If he were just wearing a t-shirt and jeans he would likely be dismissed as trailer trash whilst scuffling. 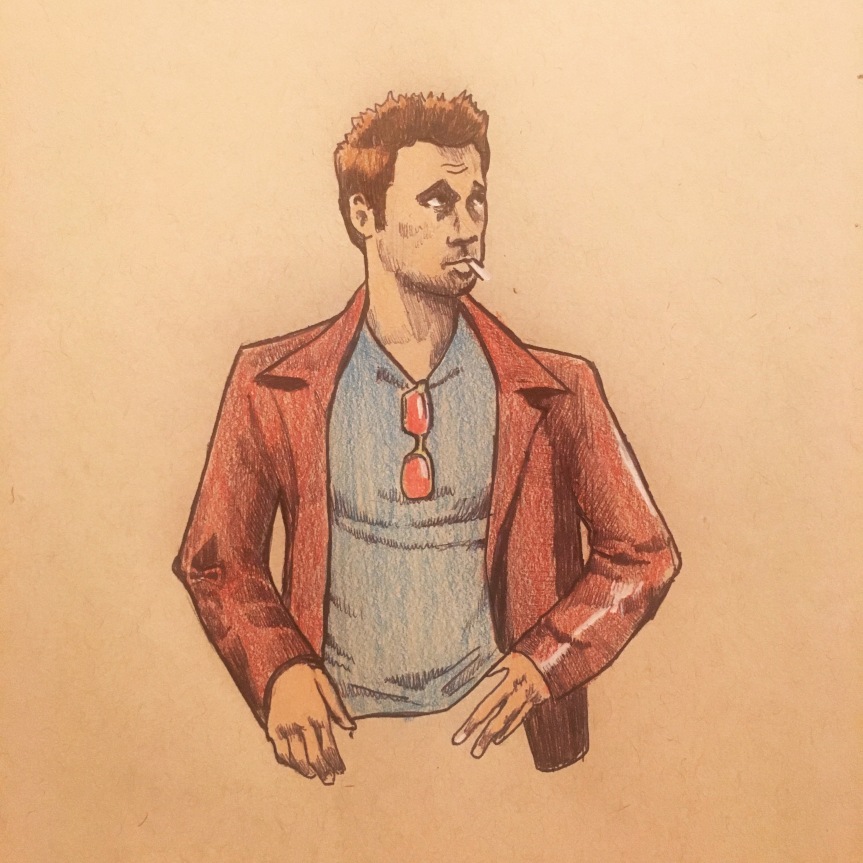 There are those who would point out that Fight Club is just a movie and Tyler Durden isn’t a real person.

When it comes to fashion, Durden is every bit as real as Brad Pitt.

Nothing is more California than surfing.

Nothing is more surfing than Hawaii, but that’s another subject.

If you want to hire this dude as a model, let me know.

The Alma Mater vs. UCLA