I myself am quite hefty.

I got this way in large part by enjoying a good meal. Seattle accommodated.

I had fried salmon- because “Worth It” told me to,

Elk and huckleberry sausage because it was a biergarten,

Charcuterie at a speakeasy bar because I am me,

But best of all was Rachel’s.

I have scoured the nation, all of it, for good craft sodas, and while I make no claim that I have tried them all, I do claim that the best destination in all the land for ginger beer,

Is hands down Rachel’s.

20 flavors of house made ginger beer on tap.

There is also a window off to the side selling fried chicken and poke’.

Get on a plane and go there now.

Not everything has left. Some things have stuck around, like the image of grunge rockers wearing flannel shirts. These are the same plaid shirts worn by Brooklyn lumberjacks circa 2009.

You can thank Seattle. They birthed the fashion long before Mother Love Bone became Pearl Jam. Long before anyone anywhere else.

Carhart was founded in 1889 but they were all about overalls and that canvas coat.

L.L. Bean was just inventing their boots in 1911 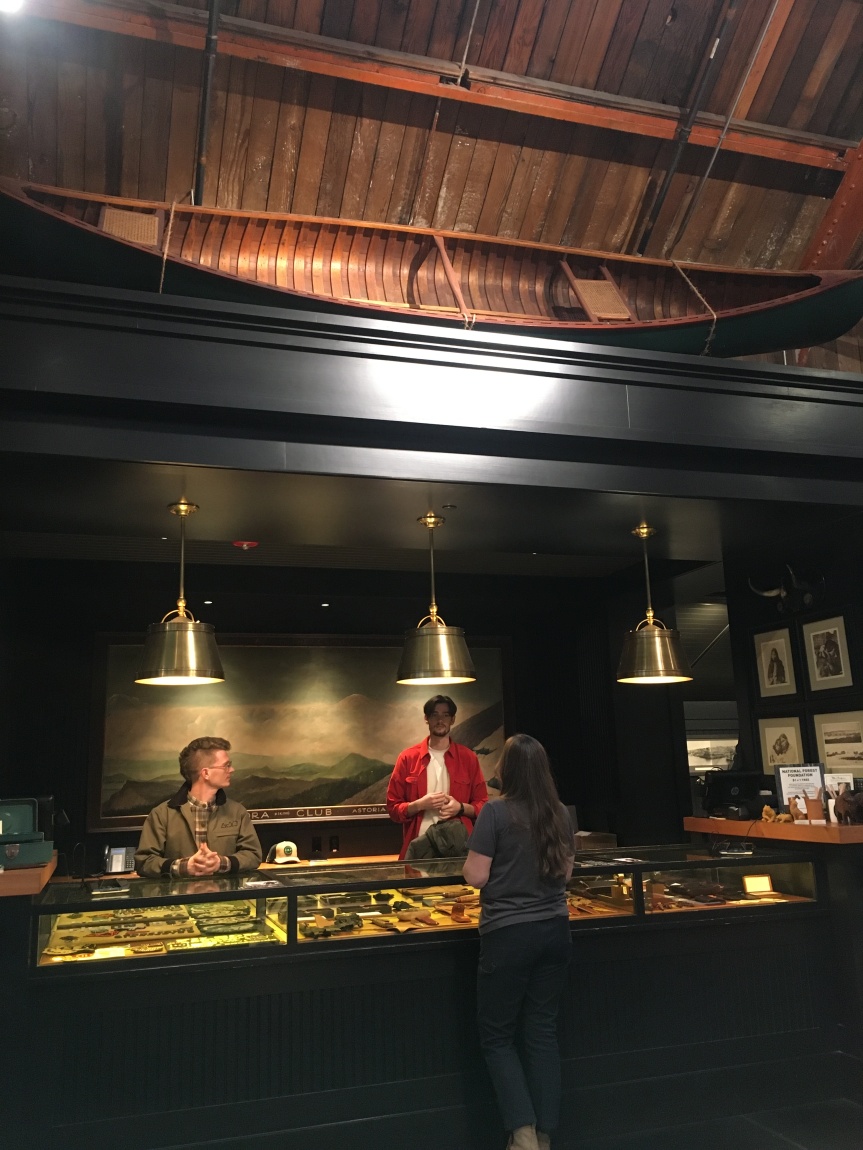 Filson started manufacturing wool clothing to outfit Klondike prospectors and lumberjacks in 1897. I, because I naturally claim the authority to do so, award the title of first flannel shirt maker, to Filson. 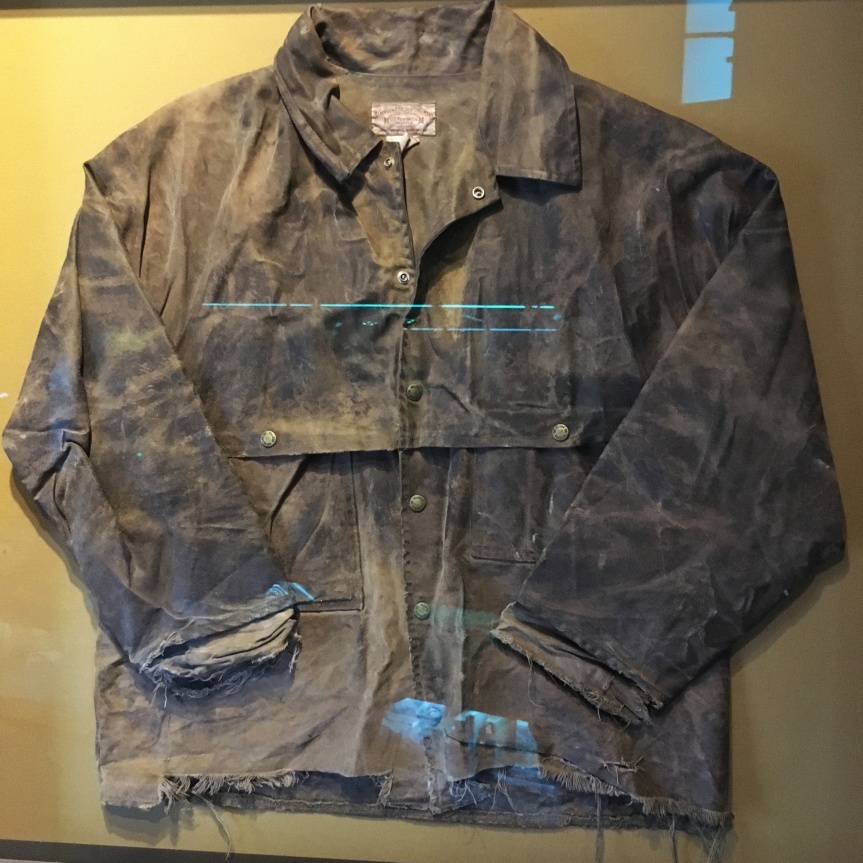 Now sure the fabric was around before them, and it was even made into shirts, but there is no other existing American manufacturer who has been making what we think of as the plaid flannel shirt longer, or in a place more directly associated with that clothing item, than Filson in Seattle. 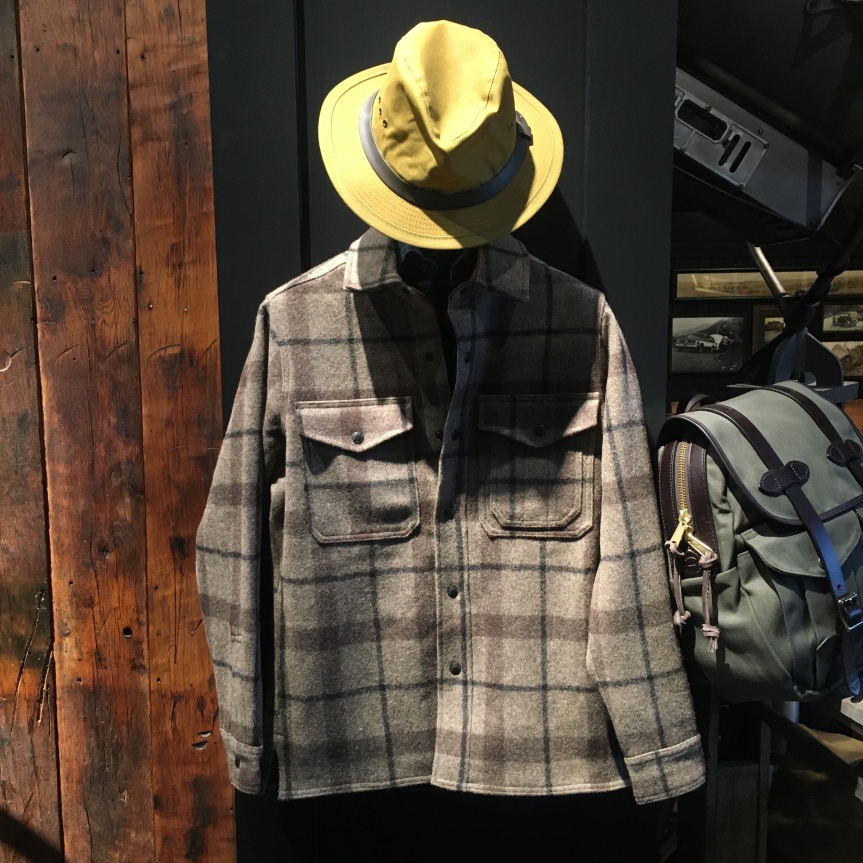 Today the catalog features cowboys and fisherman, but the shop floor is populated with Brooklyn style sales associates, which suited me just fine. Their stuff is heavy, bulletproof, and so far beyond my price range that the only item I left with, or that I can afford to own, was a little button pin the size of a penny.

The other stuff is well worth the price, but it is hefty.

I myself am quite hefty.

I got this way in large part by enjoying a good meal. Seattle accommodated…

I realized on the plane that the only things I knew about Seattle were based in the early 90’s. This makes sense as the Emerald City’s golden age coincided with my own coming of age but what surprised me just a little was the empty gap between then, and my now middle age. 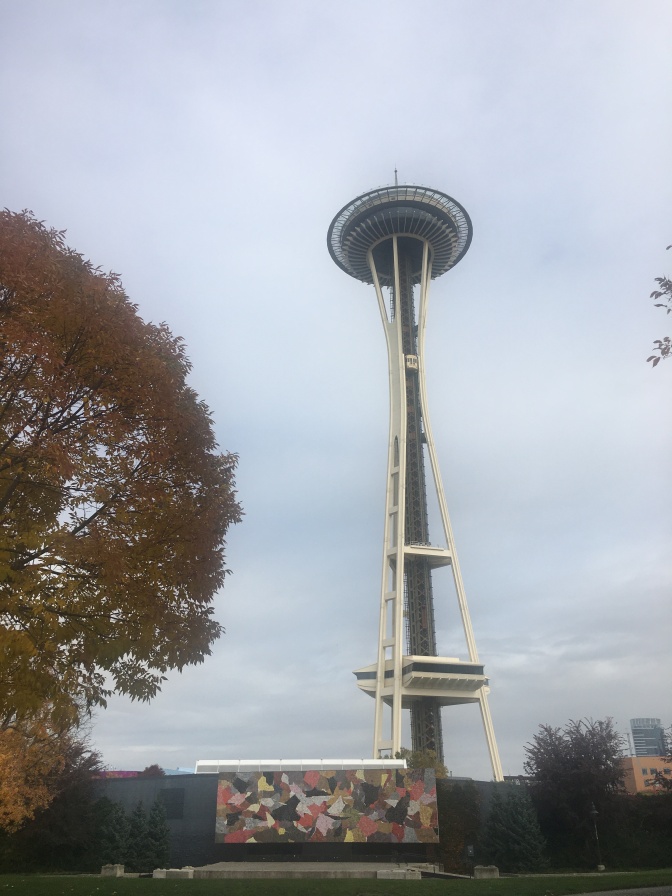 Granted, the Seahawks did win a Super Bowl between then and now, yet in my mind, and I might argue most minds, Marshawn Lynch and Richard Sherman were the whole story there. So much so that for all I can remember the Seahawks might have played all their games in Sherman’s back yard- in some undisclosed American town.

If I try real hard I can remember the show Frazier, but no one remembers Frazier until after they remember Cheers, and that is all Boston. And, if anyone remembers Cheers they will either remember Sam Malone or Woody, then maybe the Red Sox, and none of that will lead you back to Seattle. Wait, but if you think of Woody, you will drift over to Toy Story, which is Tom Hanks, who was in Sleepless in Seattle, so maybe you can get back to that town- but only if you do so by also going back to 1993.

And that is a bit of a shame since the place is worth a visit.

I knew about the place where they toss the fish, and back in 1992 I went up to the top of the Space Needle, but what I didn’t know was that at the base of that tall pointy tower is something even better.

MoPop, or the Museum of Pop Culture.

It looks a lot like the Disney Concert Hall on the outside, but the inside is much more Nirvana than Beethoven. Literally.

There I saw Kurt Cobain’s cardigan, Eddie Vedder’s demo tapes, and a whole pile of guitar’s broken by both of them. Spock’s shirt, The Wicked Witch of the West’s hat, the Hobbit’s sword, the Swamp Thing’s face, The Shining’s axe, and a six fingered glove from the Princess Bride.

It was fascinating, enjoyable, and oddly validating that they had artifacts from all sorts of pop culture things from when and wherever, but when it came to things from Seattle, they only had the things I remembered.

Except the Sonics. I cannot forget the “X-Man” Xavier McDaniel terrorizing the Jazz. But both he, and the team, have left town.

But not everything has left…