These are times of trouble and contention, often exaggerated through online debate or trolling. While this rancor is deplorable I must admit I may have found myself growling and lurking beneath a digital bridge here and there. For example, about a week ago a friend lamented on Facebook that he was kept up at night perplexed at the injustice that while there exists chocolate covered donuts, there are no such things as chocolate covered donut holes. 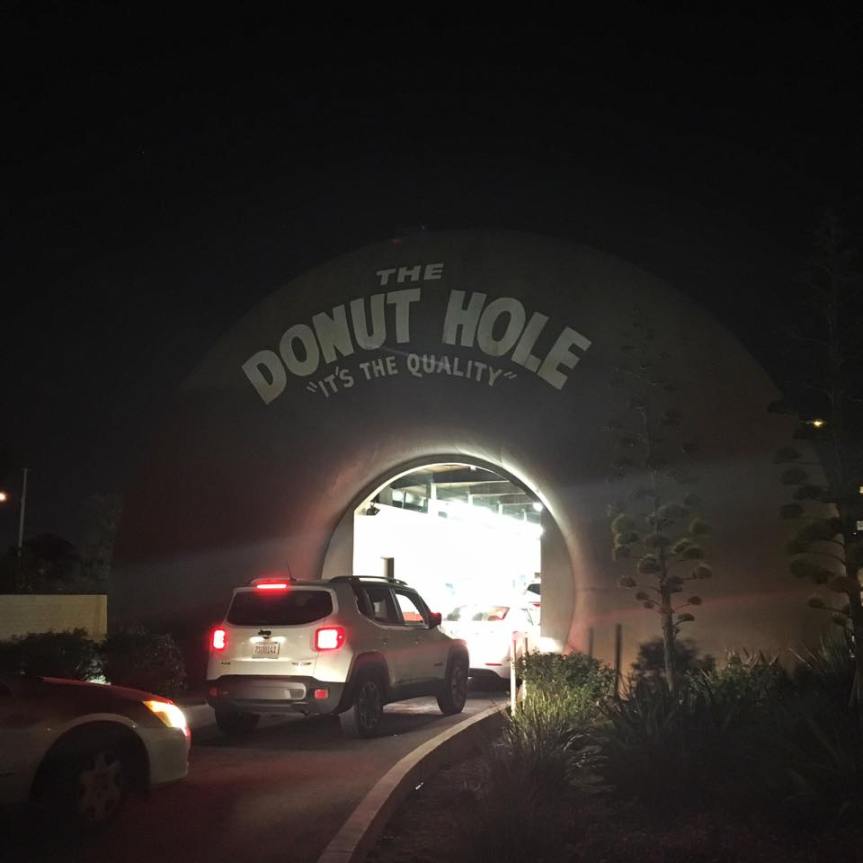 He posted this as a statement of fact.

While I am no expert on donuts or pastries in general, his statement appeared unresearched and I found it hard to believe that such a culinary gap was the case. Perhaps chocolate covered donut holes were rare, but nonexistent? There is a whole wide world out there. How could anyone make such absolute statements without thorough investigation? Had he really been everywhere? 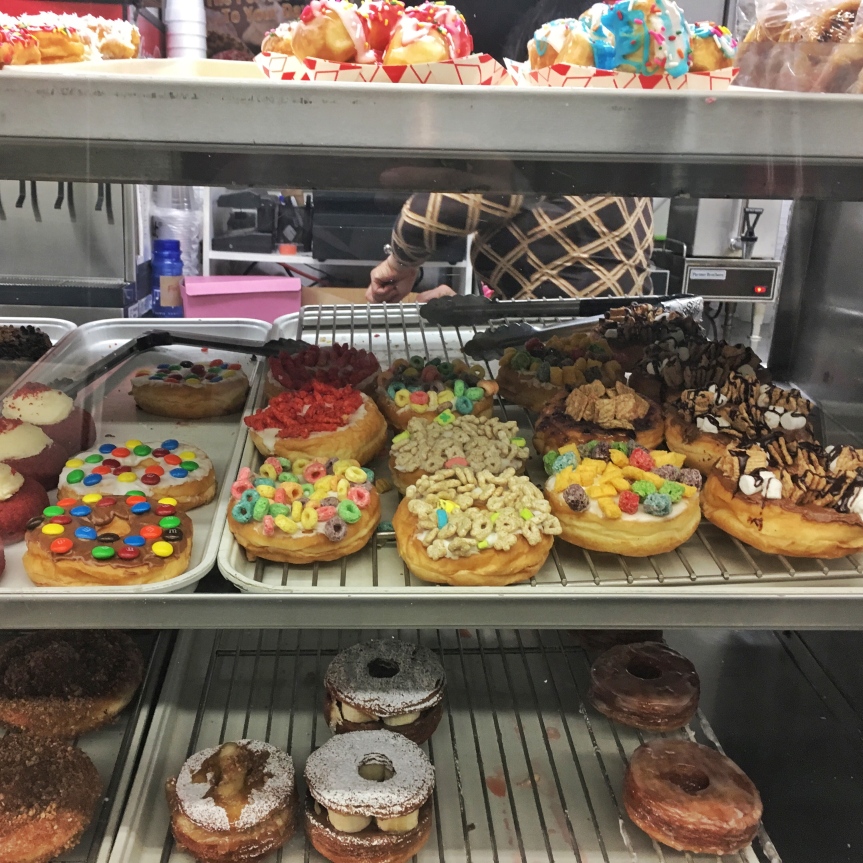 A few Google searches and a couple phone calls later I rose up grunting and growling from under the bridge to confront my friend’s foolish statement. “You are wrong! You say they don’t exist but that’s wrong. I know where they are because I am smart and the internet gave me a different answer than yours so I win!” Having made my point so powerfully and with such fancy words, and exclamation points, I was a bit taken aback when despite my obvious victory a delegation was immediately assembled to investigate my claims.

The website said they stay open till 2AM so despite it being 9PM on a Thursday I was told a minivan was on its way to get me. We made it there in 20 minutes.

The Donut Hole in La Puente, CA is a perfect example of novelty design, kitsch, and everything the state of California stood for in the mid-20th Century. It is a giant drive-through donut. There may have been some way to access the place on foot but I couldn’t see it. Instead we drove that van right into the hole to find ourselves surrounded by well-lit glass cases and the sweet, wonderful, glorious, American obesity epidemic. Éclairs, maple bars, cronuts, and this giant glazed thing they called the Texan called out to us with the words “cash only”. We threw handfuls of cash out the window and in return received diabetes. 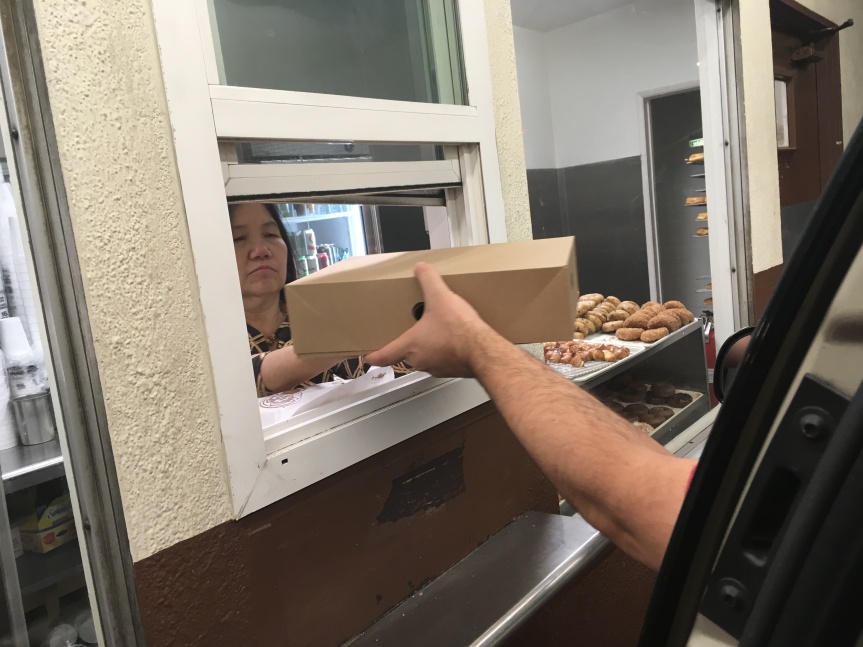 Along with all that sugar I was also served a half helping of crow. Over the phone, through admittedly broken English, I was promised chocolate covered donut holes. What I got was a pile of glazed donut holes drizzled with chocolate and sprinkles. It was decided that these did not perfectly match the original description and thereby did not represent evidence enough to contradict my friend’s original statement. I am of course a gracious man and accepted that I had not proven my point, but my friend was unwilling to be open to the idea that our failure did not in fact prove his. What an unreasonable ideologue. He was, and dare I say still is, so entrenched in his unfounded and unproven beliefs that he is not open to the idea that alternate philosophy may refute his. No. He would not bend. 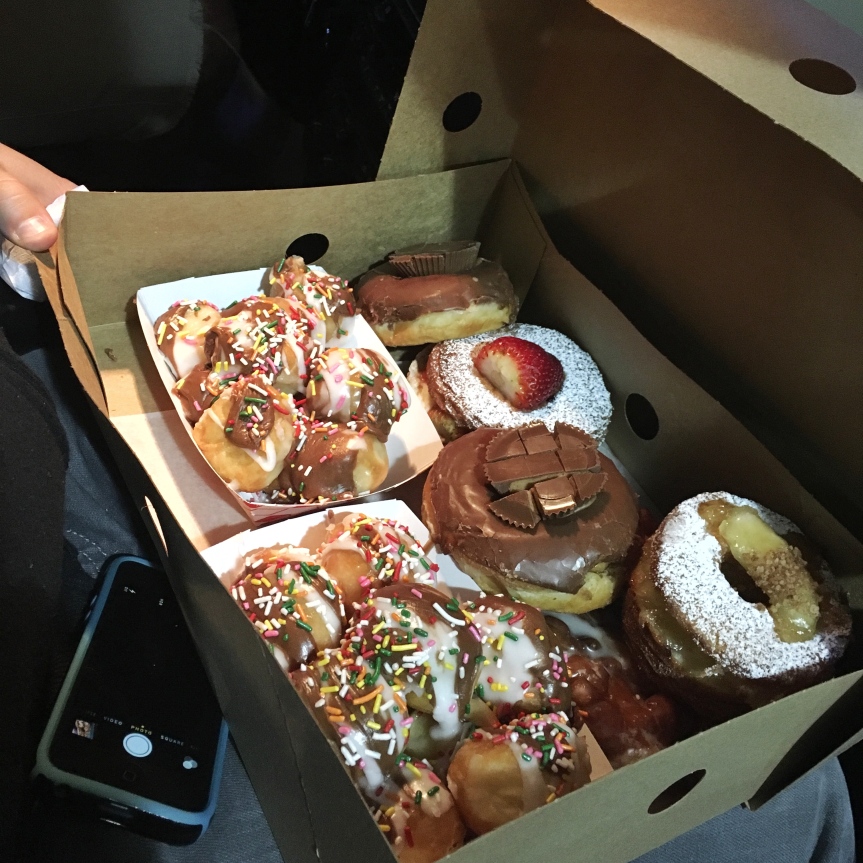 The confederate battle flag was not just the banner flown by an army fighting for the right to own black people, it was also the banner that was revived and waved by those who opposed desegregation and civil rights. 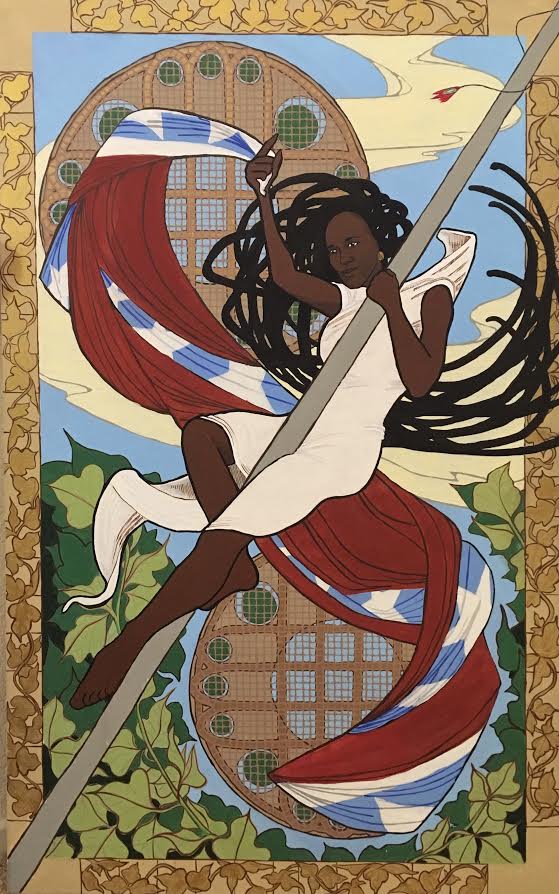 In honor of the centennial celebration of the Civil War in 1961, South Carolina decided to raise the confederate battle flag over the state house. No black people were on the commission that made that decision.

Not only were they not on that commission, but South Carolina did not allow any black people to participate in their hosting of the national festivities. JFK tried to force the South Carolinians by moving the festivities to an integrated Navy base in Charleston, but the white people led a walk out and held their own official celebration in a segregated hotel. In that celebration Strom Thurmond gave a speech saying integration was evil and that the US Constitution never promised racial equality.

That is when that flag went up on the South Carolina capitol building. Black people (and some allies) have been asking for that flag to come down ever since. Those in authority continually refused.

On June 17th, 2015 a white supremacist murdered 9 black worshipers in a Charleston church. In the subsequent outcry against violent racism, there was some talk of the flag coming down. Those in authority thought they might allow it.

On June 27, 2015 a full 54 years after that flag went up, a black woman named Bree Newsome climbed the 30 foot flag pole and tore the flag down in defiance of the police who waited below to arrest her. She refused to wait for some democratic action to recognize her humanity when God had granted it from birth.

She was of course arrested when she came back down.

On July 9th the SC House of Representatives voted to remove the confederate battle flag in some seemingly gracious act of conciliation. It was an act that came not only 23 days too late, but 54 years overdue.

Bree, in her act of theater, gave America a symbol illustrating  bravery and self determination in blackness.

Here is my nod to you Bree Newsome. 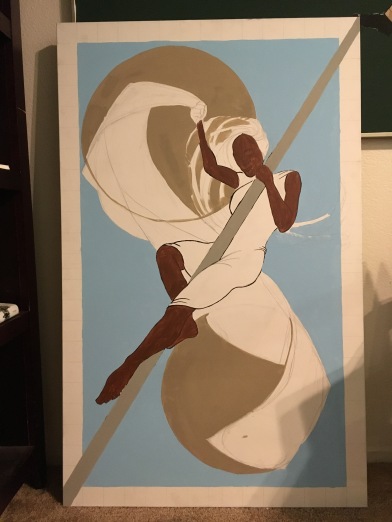 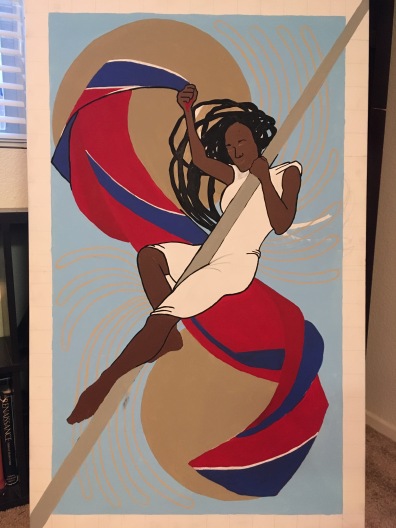 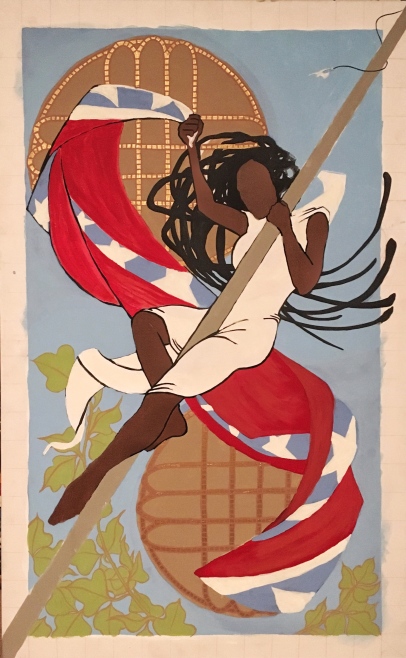 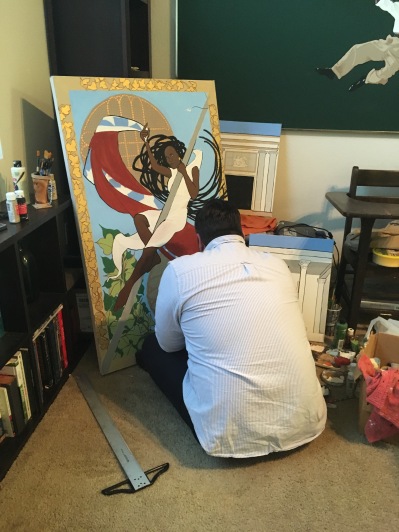 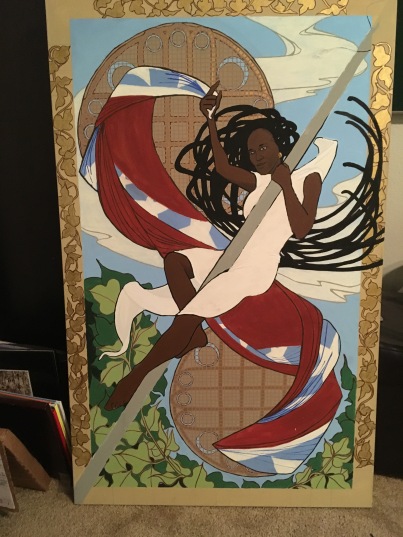