Azusa Pacific University was founded in 1899 as the West Coast’s first bible college. It started offering degrees in 1939.

Today the school, located a half hour East of Los Angeles, still has evangelical ties and all students take religion courses. Azusa has a student body of over 10,000 people making it the second largest evangelical student body in the country (next to Liberty University in VA). 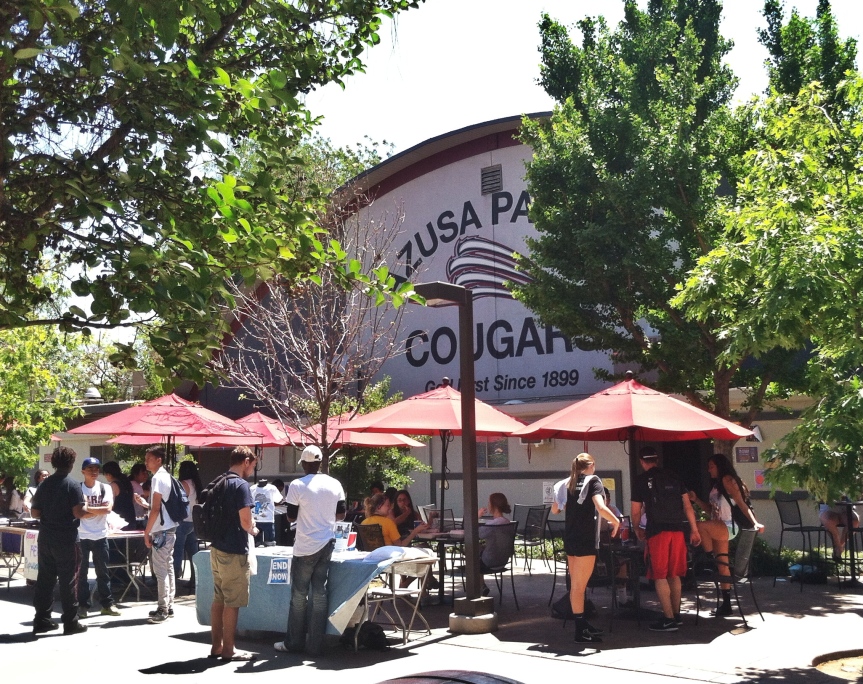 Azusa Pacific also boasts the second best NFL running back to ever be a character in Nintendo’s Super Techmo Bowl (next to Bo Jackson). 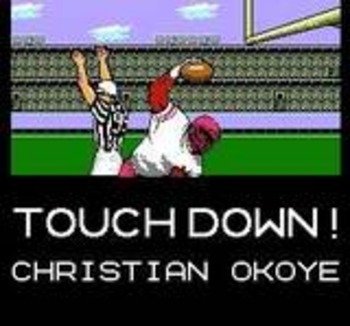 While mingling at a business event I saw a black man standing alone at a table. He wasn’t talking to passers by and those who passed did not appear to notice him. I knew no one there so I walked over to say hello. As I approached I recognized his face, but didn’t believe my eyes. I didn’t believe my eyes because the face I recognized belonged on the body of a giant, and this man was exactly my size. I do not consider myself giant. 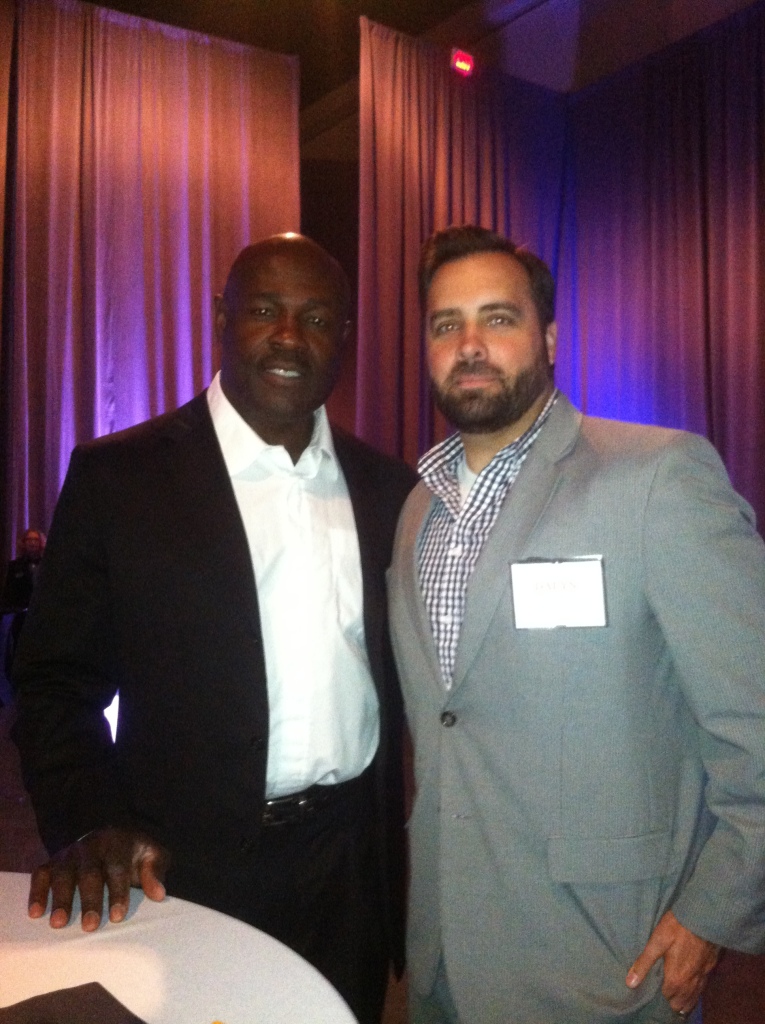 I got close enough to read his name tag, we all wore gigantic name tags, and there it was, written in Times New Roman, “Christian Okoye”. 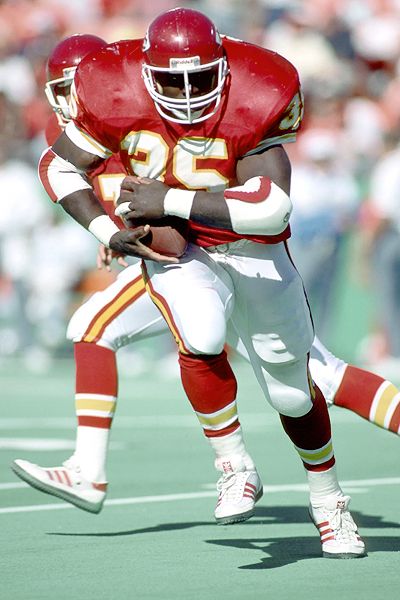 Christian Okoye came to AzusaPacific directly from Nigeria. He went there on a track scholarship with hopes of making the 1984 Olympic team. When team selections id not go his way he looked around for something else to do and he landed on football. He did not know the game, but he knew how to run and he was a giant. This giant got drafted by the Kansas City Chiefs and quickly earned the nickname the “Nigerian Nightmare”. It was disconcerting to meet a giant from your childhood and not only find him incredibly friendly, but also not so much a giant. Maybe he just looked bigger because I was 8 years old at the time.

I think he is the only nightmare to ever be associated with Azusa. 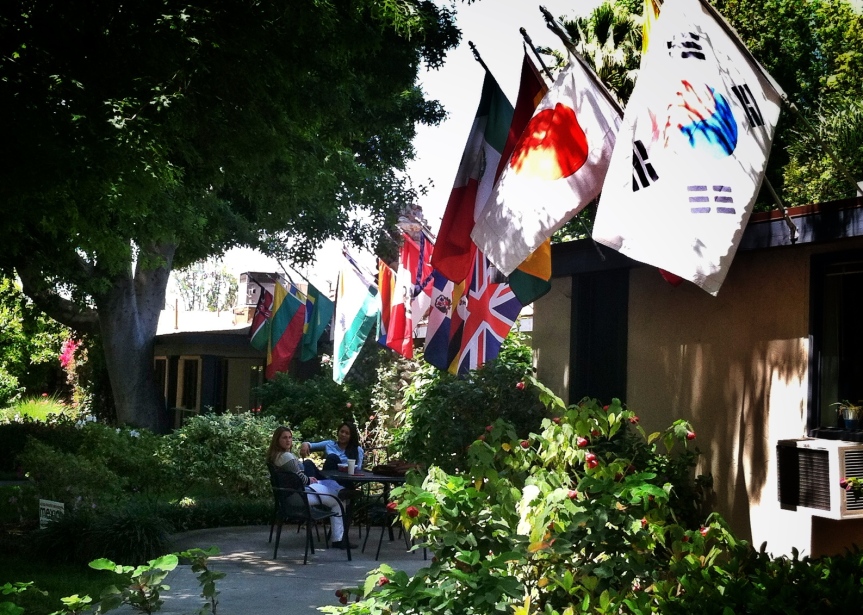 What is associated with the school is community service and teachers. The magazine Diverse Issues in Higher Education recognized APU as one of the nation’s top school’s in awarding degrees to racial minorities, particularly Latinos. 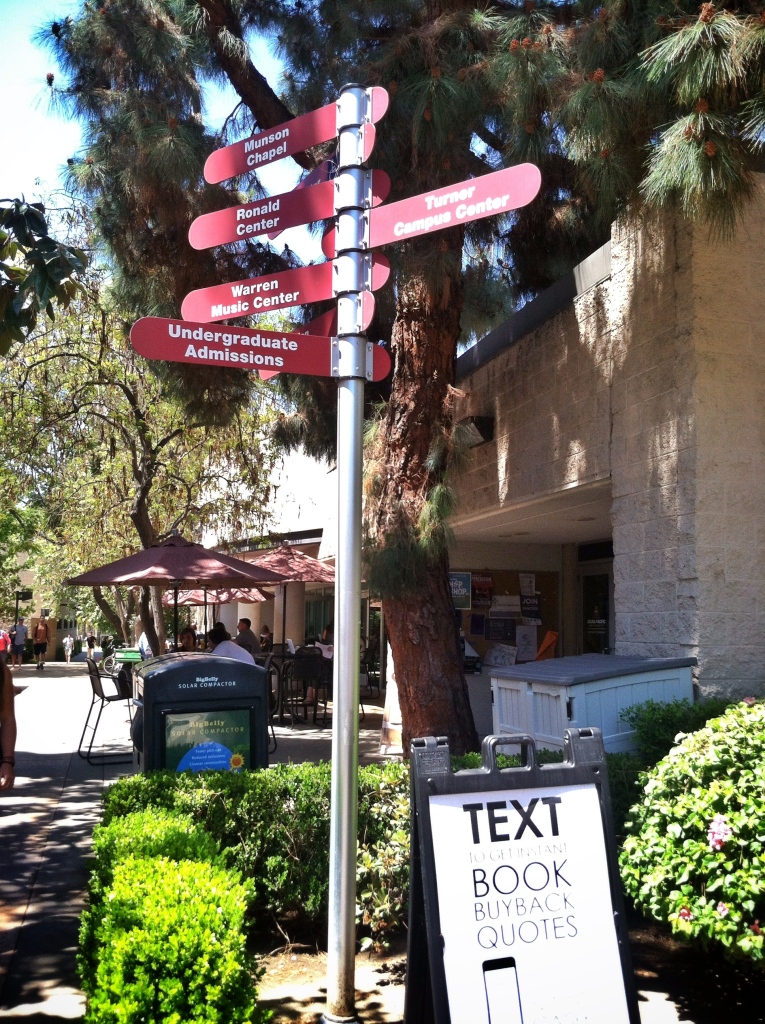 So apparently they aren’t only good at creating Nintendo legends but they do the whole college thing as well. 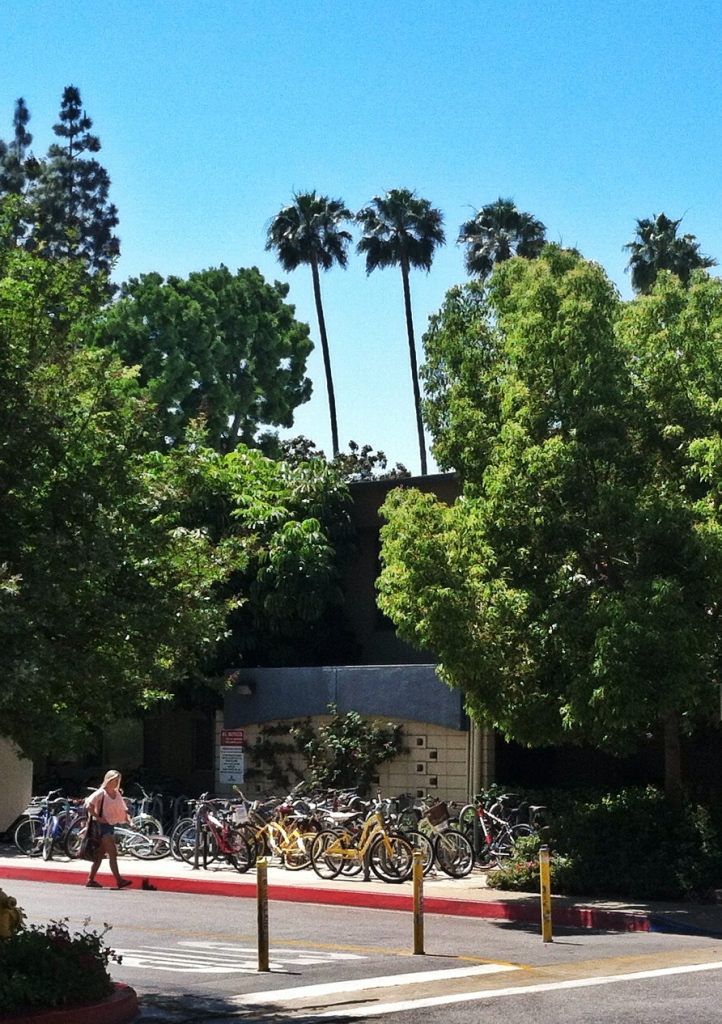 Both my parents were public school teachers.

I went to public schools. Of course teacher’s don’t have to be public to be cool, but it helps a little. 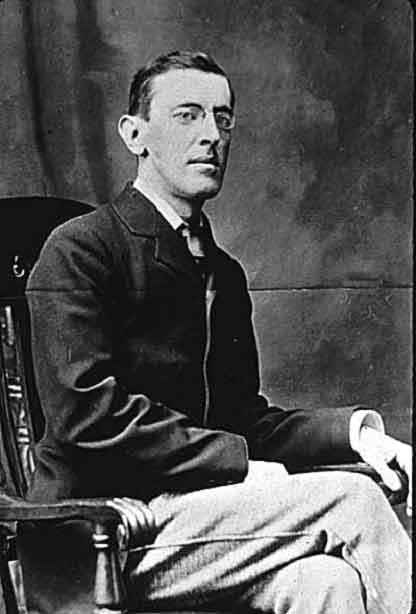 I’m a big fan of teachers. I think more people should be fans of teachers. In fact, if I ruled the world (just you wait) teacher salaries would start at $100,000 per year. We would only accept the best, probably with master’s degrees from well-funded, well-practiced colleges. But I don’t rule the world and whoever it is that does won’t return my calls.

So until my master plan comes into play I will have to do smaller things, like recognize those who recognize great teachers. May I present the Milken Educator Awards. 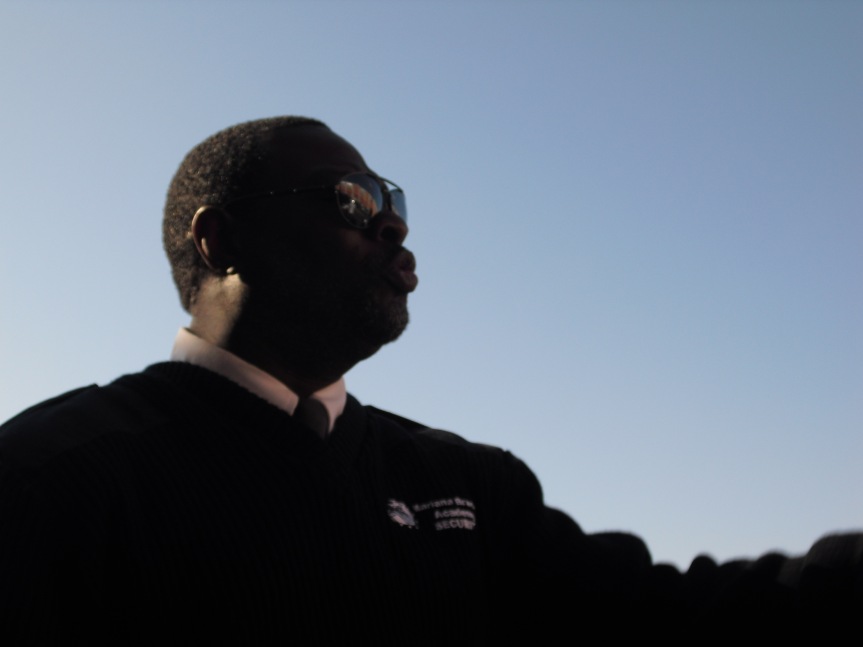 I don’t know any of these winners and that is sad. Not sad in the way that I should know everyone, but in the way that good teachers should be famous. If you know someone as cool as those folks over here, nominate them.

Sir, we have not met, but I’m cool with giving educators their due. 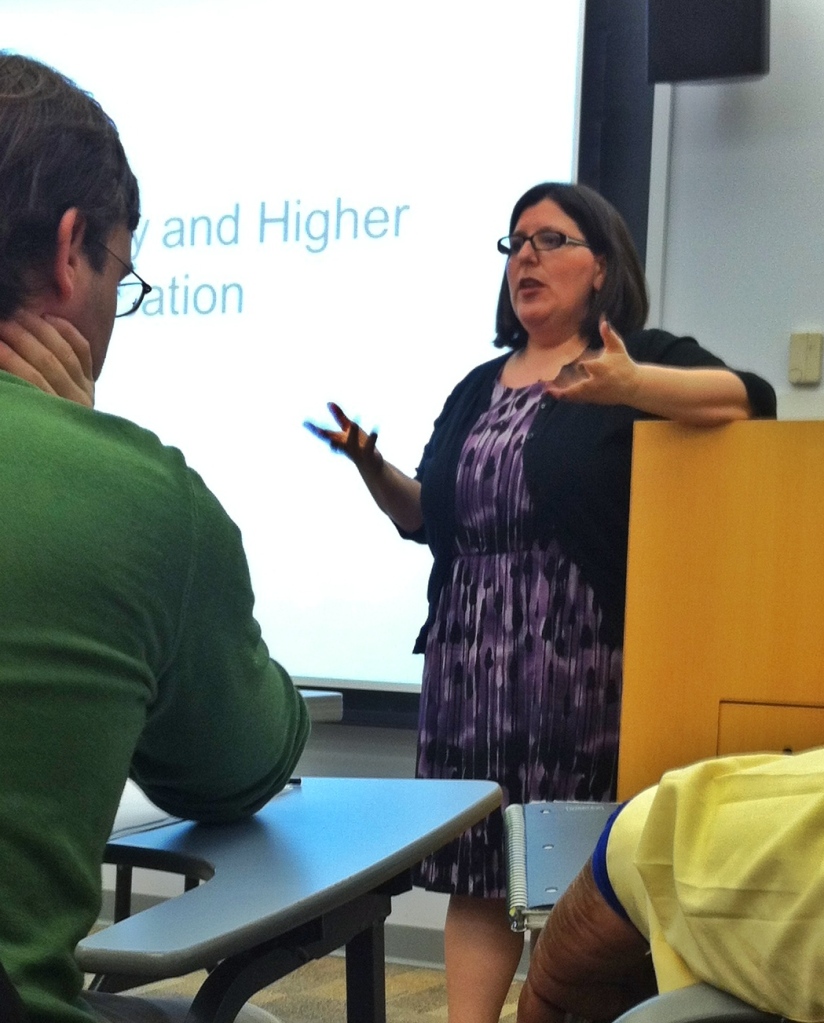 So why would anyone take the type of job that when the entire industry is honored, it is done so by allowing a person the luxury of not having to do that job? 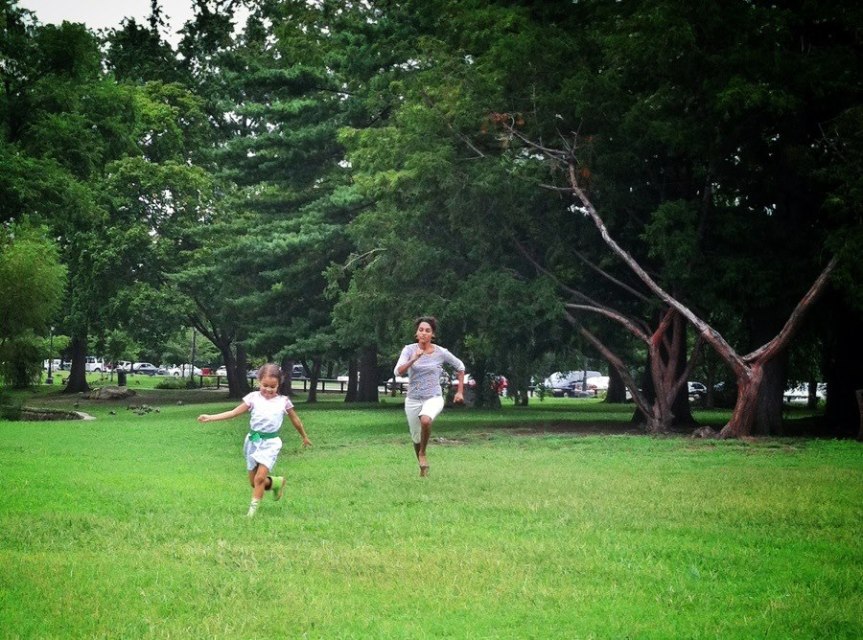 It is a sorority with the most severe initiation ritual ever devised, so much so that millions have died while pledging, yet a fresh new batch of applicants sign up every day.

If the initiation ritual for admittance to motherhood were replicated as a sort of guaranteed gateway to a million dollars, we would likely have less millionaires than we do now.  It just wouldn’t be worth it. Yet not only do people sign up without the promise of a cash prize, but many pay huge sums to get in the club. Medical science has devoted some its best minds to the cause of allowing women the joy of enduring huge amounts of pain for little to no thanks, other than that one day a year when they are honored by being allowed to act like they aren’t in the club for a day.

Now parenting is another story. One need not go through this initiation ritual to gain the title of parent. No, instead the intense pain of birthing labor is stretched out over 18 years in the eyes of the law, but in reality will likely last till you finally graduate into the grave.

I’m glad I hit the mother lottery. Come to think of it. I hit the lottery twice. 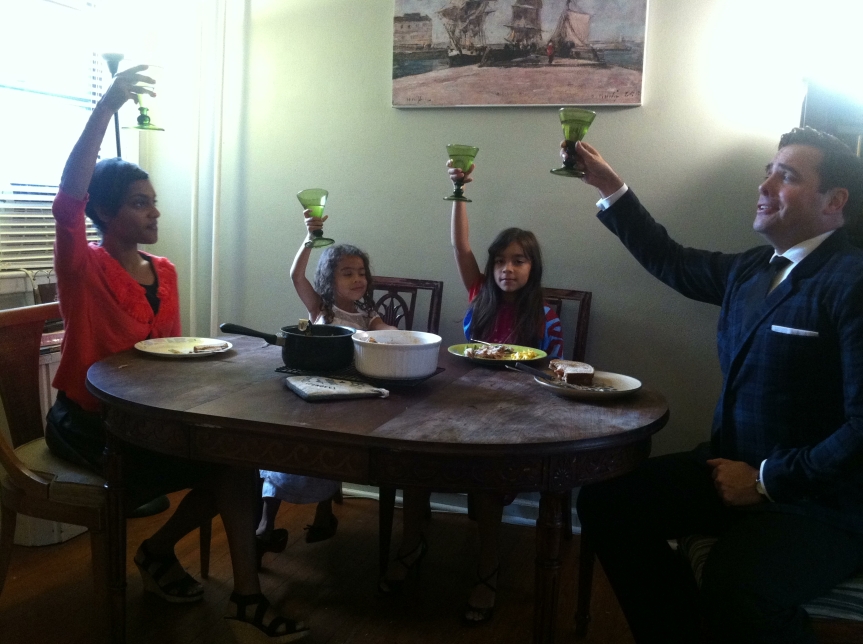