Back in the 1700’s hardly anyone went to college. Those who did certainly weren’t going there to learn a skill or get a job. They were there to study the classics and become generally versed in history, literature, and science. They were there to become acculturated, spending time with gentrified peers, mixed with some academic luxuriating. College was more or less somewhere to send young, rich, white,  boys.

Then there was John Chavis.

Chavis, born in North Carolina, was a free black man who fought for the United States in the Revolutionary war. After the war he was tutored by John Witherspoon (who would become the president of Princeton) and then in 1794 Chavis enrolled in the Liberty Hall Academy (which would later become Washington &Lee University). Chavis, a black man, went to college back when most people, no matter their color, did not.

Chavis went on to be ordained a Presbyterian minister and founded a school near Raleigh North Carolina. His school, which taught both black and white, though not at the same time, was regarded as one of the best in the state. It all came to a screeching halt in 1831, when due to white fears of slave rebellions, all black people were barred from teaching, and or preaching.

Chavis’s story serves as a reminder that history is not a straight ascending line. Empires rise and fall, racism ebbs and flows. Chavis was a remarkable man who achieved remarkable things long before the emancipation proclamation or the Civil Rights Movement. Yet because history is not a straight line, Chavis did not really blaze a trail for others to follow. His tracks were swept over by fearful slavers, de-reconstructionists, and time.

Remember that gains can, and have in the past, been lost.

Studying the history of Black people in America will uncover two tales, one of surprisingly persistent and cruel oppression, and the simultaneous triumph of persistence and spirit. Black history is an illustration of how the human spirit can defy the odds.

Because the odds have been stacked against Black folk, intentionally so, since America’s founding. Despite this; despite slavery and Jim Crow, despite terrorism and destruction, people keep slipping through and succeeding. 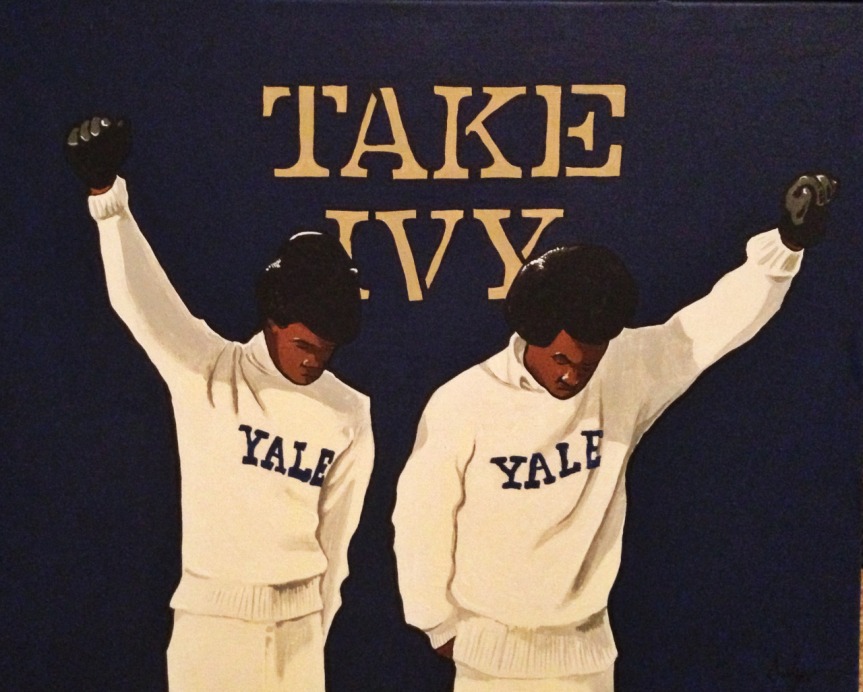 There is a laundry list of Black people who have done the remarkable when they really shouldn’t have. They shouldn’t have because there were people and a whole system of government set up to stop them.

There was Richard Allen who was kicked out of church in 1786 for being Black. He responded by founding a denomination that is still thriving today.

Alexander Twilight, a Black man who graduated from college in 1823, a time when almost no one studied past grade school. Not only that, but many of those who had been to college were forwarding arguments that Black people weren’t fully human.

There was Biddy Mason, a woman brought to California as a slave in 1850. Upon discovering that slavery was illegal in California Biddy sued for her freedom and won. She took to freedom well founding schools, a church, and invested in property. She amassed a fortune.

There have been so many examples of exemplary individuals that we could easily forget the opposition over which such success stories triumph.

Should we be proud of Hank Aaron or ashamed of how White Americans treated him?

Proud of MLK’s anti-violence or ashamed that he was murdered?

The answer is in all cases yes, because this is our American history. It is who we are. 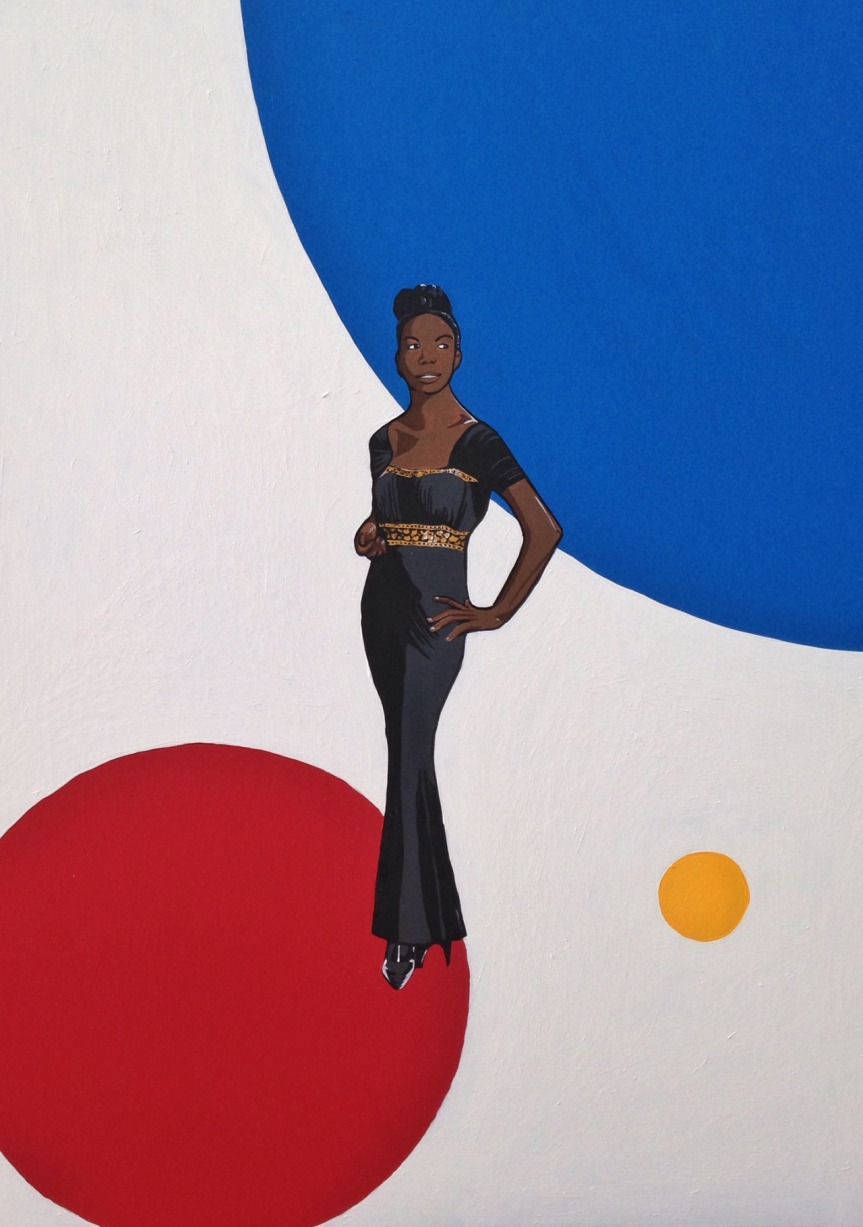 It was common practice for the state to rent out inmates to steel companies and railroads. These “inmates” are in large part the labor force that rebuilt the South’s destroyed infrastructure.

One thing that wasn’t illegal was leaving town, though this was a one way ticket since it was illegal to quit your job. Black people chose to leave and did so in large numbers. They went to places like New York, Chicago, and Detroit. Later, in a subsequent waves, they went to places like Oakland, St. Louis, and Kansas City.

At this same time America was growing into a world power. It was spreading out to the West coast and people flocked to the land of opportunity from places like Ireland and Italy. These immigrants went to places like New York, Chicago, and Detroit. The same places southern Black folk were going. It started getting kinda crowded.

Without the experience of an historical precedence of sustaining a large Black population, most of these cities scrambled to maintain White superiority. New housing codes, labor unions, and public policy sprung up to make sure Black people didn’t get jobs that White people wanted, live in neighborhoods near White people, or essentially “Ruin things”. Throughout the 1900’s, all the way up through the 60’s, there were race riots and lynchings in nearly every American city where there grew a sizable Black population.

The North and West which had previously accepted the occasional Black person, realized they definitely did not want a whole slew of them. So basically, “you are okay, but not ya’ll.”

In 1876 Rutherford B. Hayes, a Republican, made a deal with the Democrats, that he would end reconstruction if they would let him be President of the United States. In this same year the Supreme Court ruled that only states, not the Fed, could prosecute violations of the Ku Klux Klan Act, a law meant to protect Black people from White violence. States refused to prosecute.

That was a rough year for Black Americans.

That year facilitated a swift slide back toward the America that existed before the civil war. The difference this time was that a constitutional amendment prevented slavery, so in its place rose up a system, both formal and informal, legal and/or practical, that pushed Black people back away from being considered Americans. 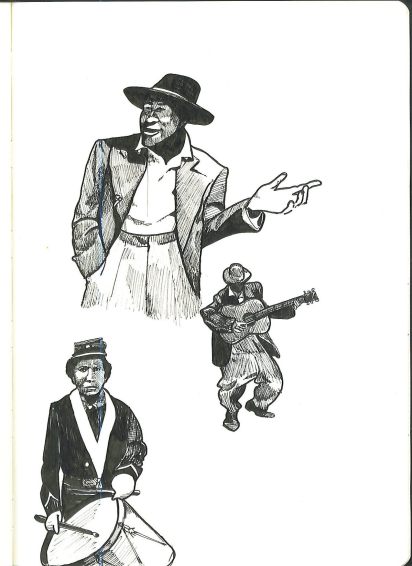 The Nadir is considered not simply the low point in post slavery American race relations, but more so the low point in the lived experience of Black Americans. this is the time where it was normal for Black people who got “too successful” or even just sassy, to be publicly murdered.

This is the time period that most directly set the table for the racial America we have today. If you want to understand #blacklivesmatter, the Congressional Black Caucus, the NAACP, #oscarsowhite, or  the whys and hows of the Civil rights Movement, you need to first understand the Nadir. 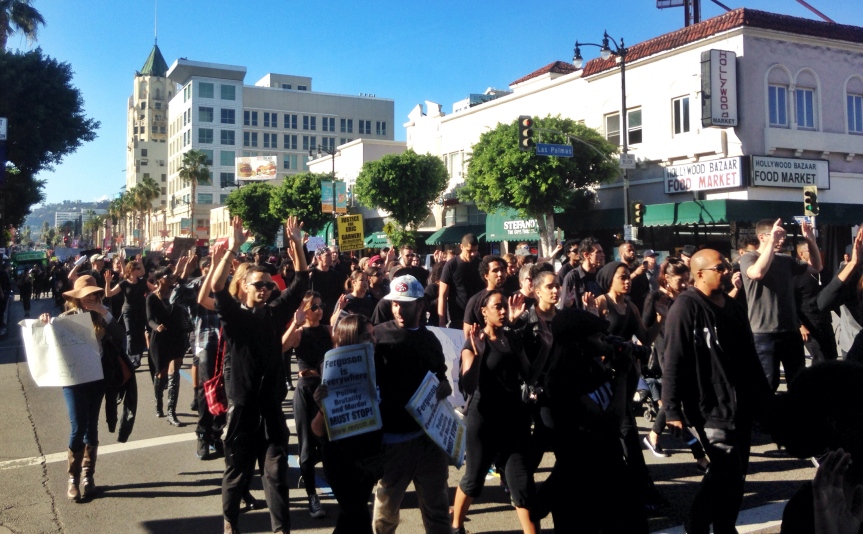 Booker T. Washington gave one of America’s most influential speeches in 1895 at the Cotton States and World Expo. I would paraphrase it this way, “We promise not to try to vote, we will accept an inferior place in society, if the white people will promise to stop killing us.”

No really, that was the gist of his speech

It became known as the Atlanta Compromise and was seen as the settling of the American social order regarding race moving into the 1900’s.

Now mind you this is Booker T. Washington, best selling author, president of the Tuskegee Institute, huge fund raiser for Black education and philanthropy, and he is saying “we” will settle for being subjugated because it would be an improvement.

I’m not sure we of today appreciate how bad it must have been for smart ambitious people to see subjugation as the best viable option. 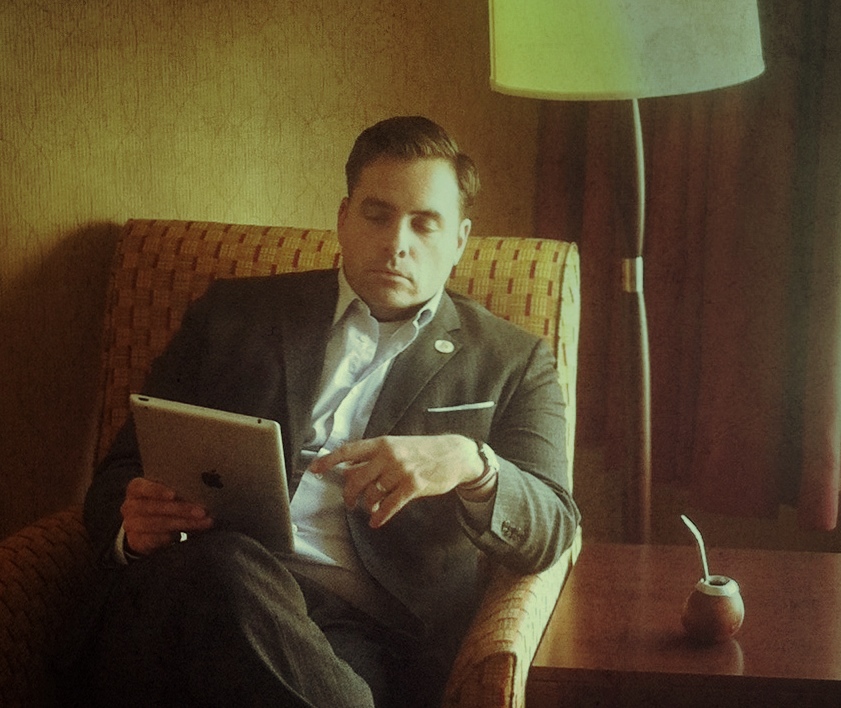 Whatever the views of the day, and there were other opinions, this compromise was seen as the rule by those in power. It was the foundation for Southern for the next 50-60 years till a bunch of college kids started agitating.

This is a foundational part of American history.

The University of South Carolina was founded by a state charter in 1801 and was the 23rd college founded in the United States. It was only for white people. When South Carolina started the Civil War, the students went off to fight for the South and the school closed, then it was occupied by Northern forces. After the war (1865) it was reopened under South Carolina’s reconstruction government. 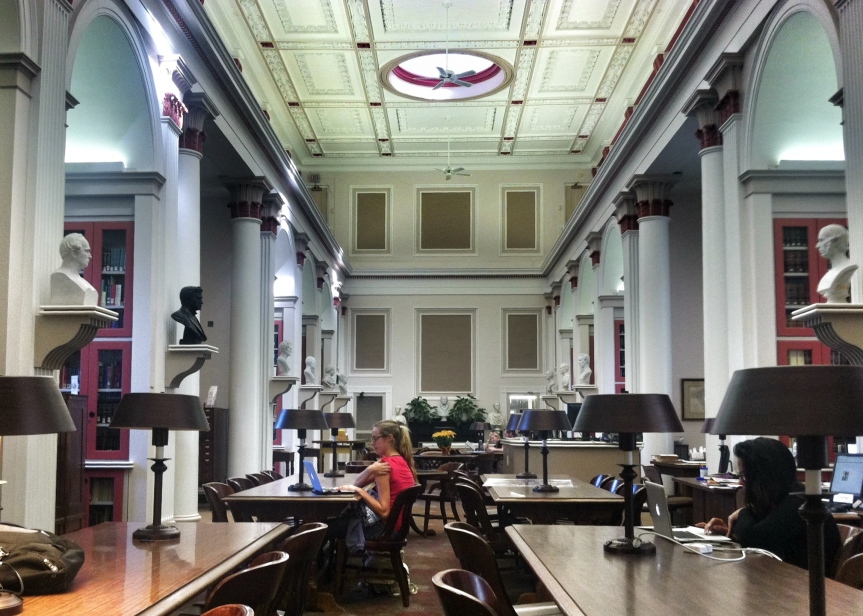 They, the reconstructionists, made the school open to Black people. And it wasn’t just the students. One of the new professors they hired after the war ended was Richard Theodore Greener, America’s first Black professor at any state run flagship university (he was also the first Black person to graduate from Harvard). By 1875 ninety percent of the student body were Black.

When reconstruction was abandoned and democrats retook the state government (1876), they quickly closed the school down. Then in 1880 they reopened the school, but only to White people. After the passing of Brown vs. the Board of Education, which outlawed segregation, USC became the nation’s first college to require an entrance exam. That was 1954. The school did not admit any Black students till 1963. 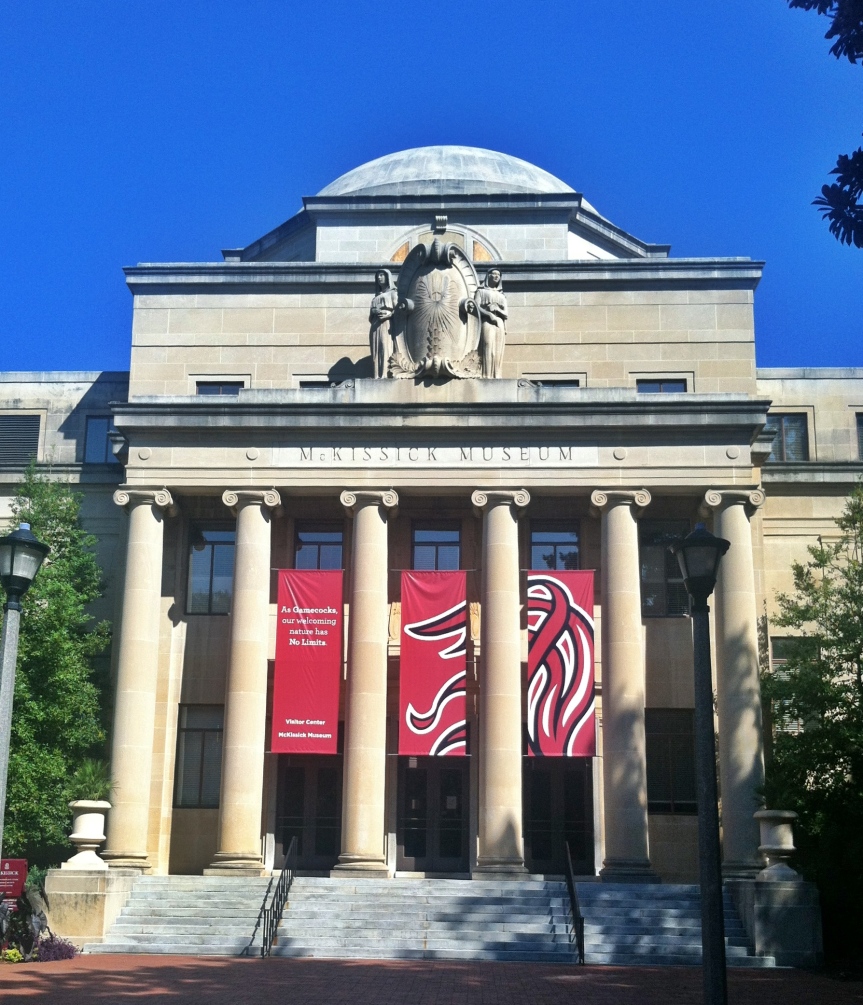 Mind you, Professor Greener (who left the school when the democrats closed it down) graduated Harvard back in 1870, almost 100 years earlier.

History is not a straight line ascending up and up eternally. It weaves a drunkards path, back and forth, forward and back. Forward progress is not, and has never been, natural or inevitable.

In 1791 Robert Carter III decided to free his slaves.

Carter had been part of the royal governor’s council of Virginia under King George, and then later a firm supporter of the Revolution. Carter owned more than 6,500 acres of land and kept more than 500 people in slavery. He was rich, powerful, and influential. He and Thomas Jefferson knew each other well.

When he started freeing his slaves, began paying them wages, and even giving them land, the other white Virginians tarred and feathered Robert Carter and forced him to abandon his plantation and live exiled in Baltimore.

To quell the troubles Carter sold the rest of the slaves to his lawyer for $1, with the understanding that he would quietly finish off the freeing. This lawyer was then severely beaten. 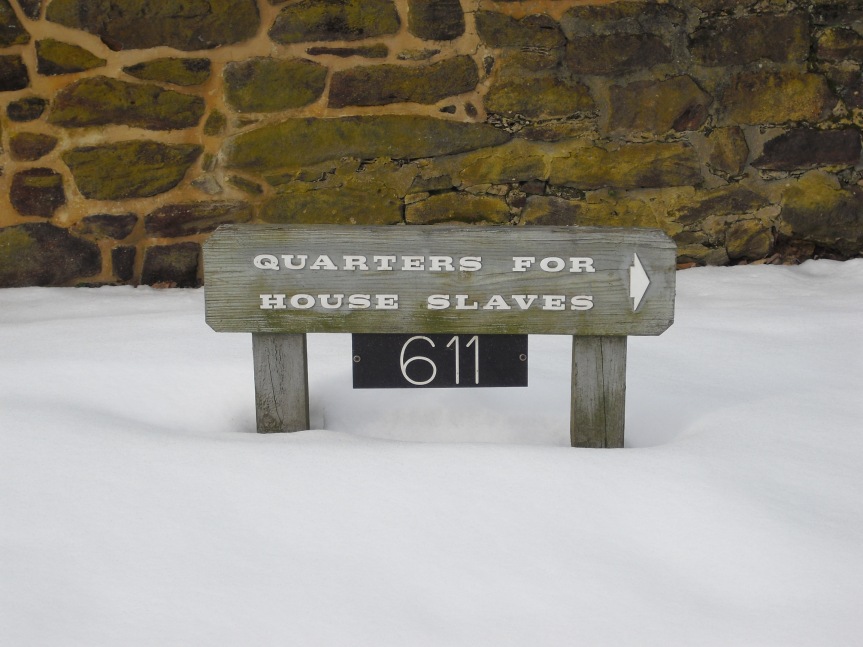 Carter died in 1804 while the freedom of the people he was trying not to own was tied up in court battles. His appeal was granted in 1808. It took 17 years for an owner of private “property” to try to give it away. No one made such a large scale attempt again till the Emancipation Proclamation.

Pop quiz: In the year 1776 most of the people in South Carolina were:

b) Loyal to the English Crown 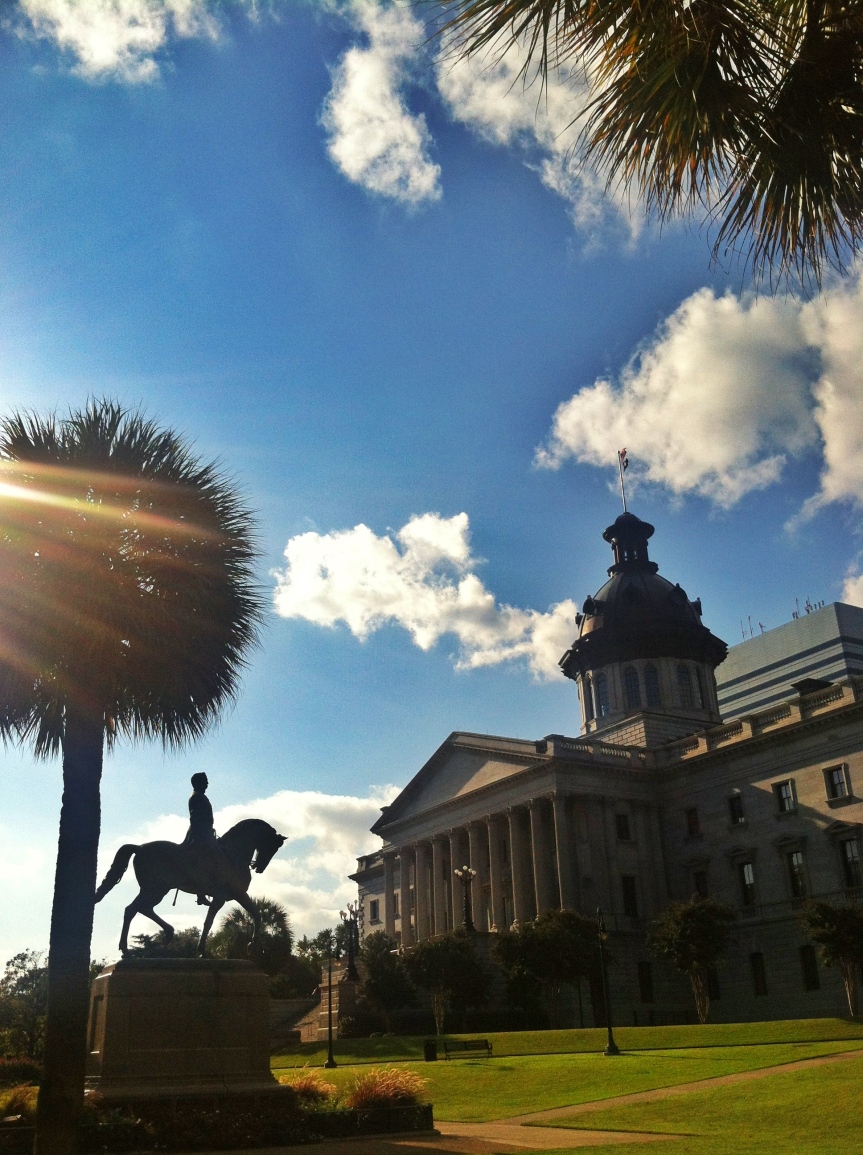 The answer is D. By a long shot. If you did not know this, and have not thought through the ramifications of this fact, we still need a Black History Month.