I rode a bike every day for two years. I did it in the miserable Georgia heat. I did it while gallons upon gallons of water poured out of the sky and onto my head. I did it wearing a suit and tie. It was the sort of physical and practical challenge that seeps into every bit of your daily life no matter how menial. Like getting groceries; how do you plan to get them home? The Laundromat? How about an important presentation five miles away and dark storm clouds are gathering overhead? What about the winter when it gets dark at 5 o’clock? I lived with those questions, and the challenge of answering them, every day for two whole years. That was nearly twenty years ago. I will never forget it.

With all that in mind I recently started riding a bike every morning. I teach a class of high schoolers early in the morning and the idea of saving some gas money and spending some calories made sense. I didn’t make this decision flippantly; I put some real thought into it. I remembered what it was like to ride a bike to get somewhere, as opposed to riding for pure recreation. I knew what I was getting into.

I remembered all sorts of little details, I could recount stories, I knew stuff. But it wasn’t till I began pedaling a fixed gear tank with all 250 lbs of me on top, up a giant hill, into a headwind, did I really remember riding a bike.

As my thighs swelled and tightened, and blood rushed to my face, true memory flooded my mind and soul. I remembered riding a bike. It hurt. A lot. Stashing my bike in the closet of the classroom with a sweaty shirt sticking to my arms, worrying that I was such a disgusting display of humanity that no one would ever listen to a thing I had to teach; I remembered riding a bike. 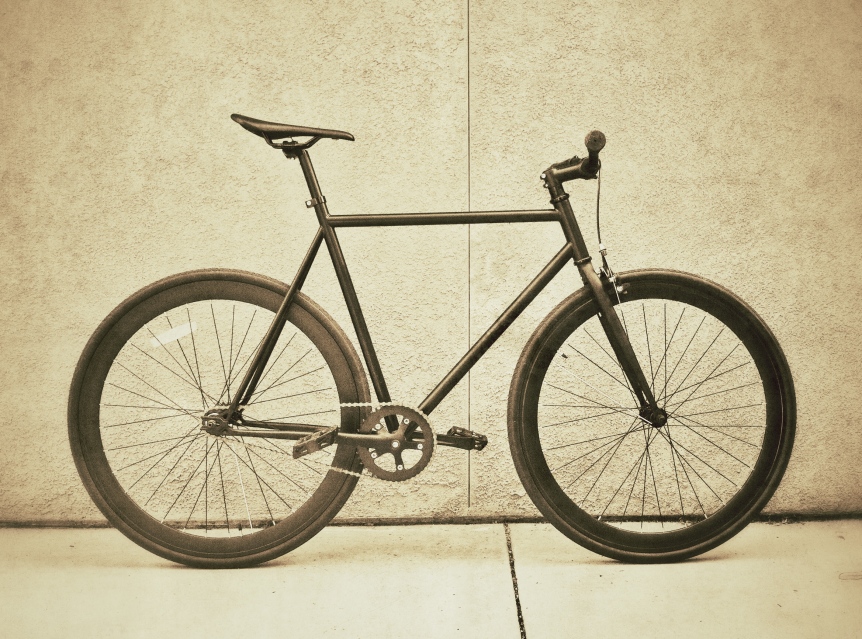 It gave me something to think about as I pedaled back home. How easily we forget.

I haven’t seen a homeless person in months.

Back where I used to live, there was this guy in a wheelchair that used to wheel down the middle of our small street collecting discarded scraps of metal. He was dirty. The kind of dirty you can’t fake with a one day roll in the dust, you have to compile this kind of dirt the hard way. It was a regular part of my day to sit in the car waiting for him to wheel his way across the street, or to the end of the block, so I could get my car to where I needed to go.

I used to spend hours on the phone with the local electric company, while a little old lady would sit on the couch next to me sobbing, a past due notice in her shaky hands. I do not have enough fingers to count the number of people I visited regularly that heated their homes by turning the oven on high and leaving the oven door open. It is the poor person’s version of a fireplace. Every day, at least for a moment, I would have to not only see poverty, but interact with it just a little. Sometimes a lot. It was as much a part of my life as that bike used to be. 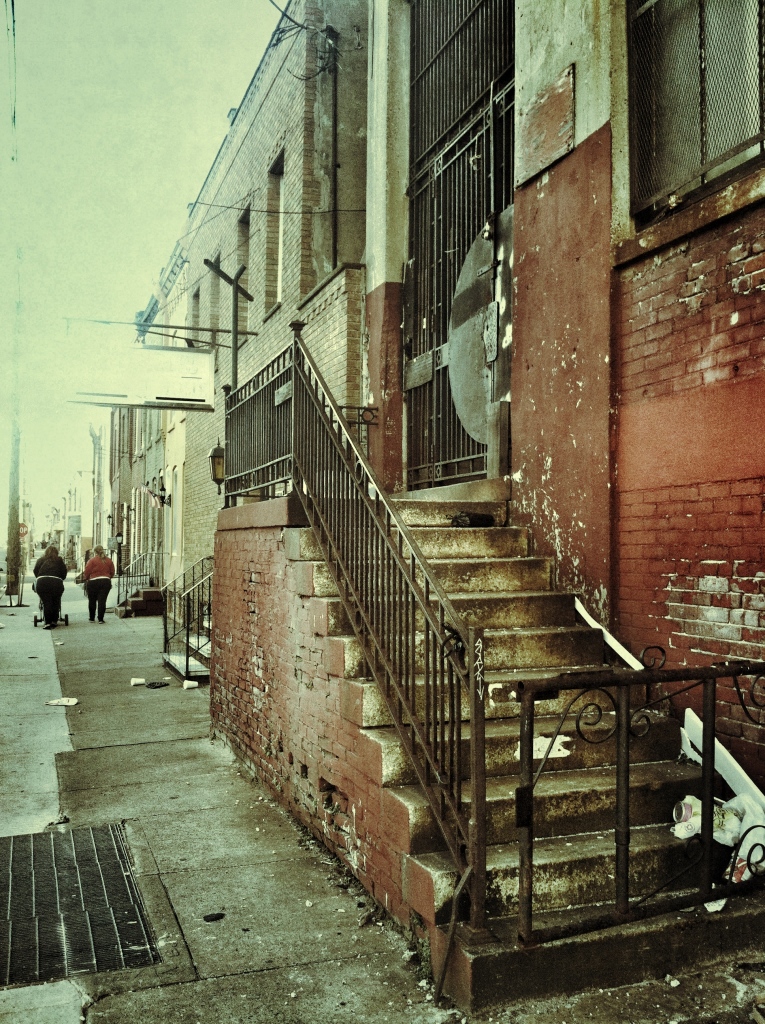 Pedaling past palm trees on my way to the swimming pool, I wonder how much I have already forgotten.

I read a scripture today in which the resurrected Jesus took bread and wine, passed it to those who were with him, and instructed them to eat it in order to remember him. Remember him? Not only was he right there with them, but these people had just watched this resurrected man descend from the sky in a cloud of light. They had just gone up and touched the holes in his hands, feet, and side. This was God’s son in all his glory. How could they ever forget?

But he knew they would. We can’t help it. Even when we can recall what happened, feelings fade. There is something in the remembering that fades. Jesus, on the first day of this remarkable visit, told them he would be back tomorrow, then, before saying goodnight, set up the taking of bread and wine as a process by which we should remember him. He told them to repeat this ceremony often.

How can I expect myself or anyone to remember what true poverty is like if we aren’t in it? How can anyone who hasn’t been in it ever really comprehend how hard it is? It is like riding that bike up the hill, remembering how hard it is, is nothing compared to feeling the tight burning in my legs. Many who have lived in it before, been raised in it, struggled to escape it, are going to at some level forget it. The memory will fade into stories, events, recollections, but not the same feelings.

Unless we do something. Not just remember, but do. 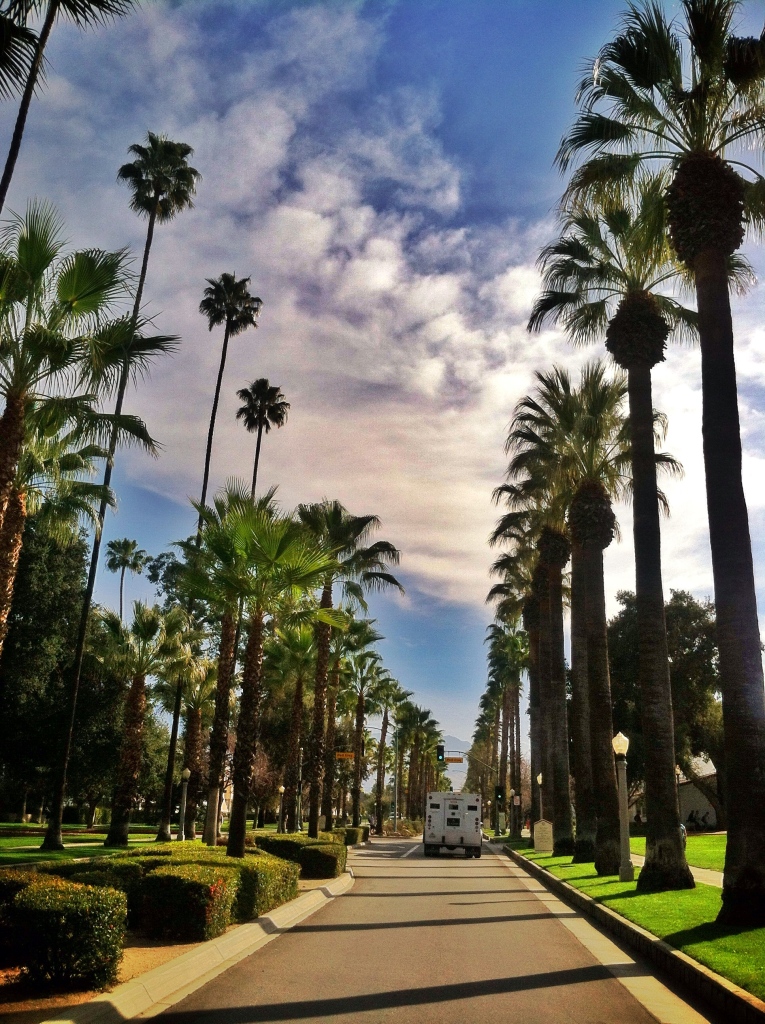 Unless we somehow eat the bread and drink the wine. Unless we sit on the couch and call the electric company. Unless we help wheelchair man pick up the pile of tin cans he just spilled all over the street. Not only will we forget, but the poor will be completely forgotten.

And no one really escapes poverty on their own.

My oldest requested a day of shopping in L.A. for her birthday. Last year she asked for the same thing in New York.

She stated matter-of-factly at dinner that her and Mom were going to visit all the major metropolitan centers. I asked, “What about you and me?”

She replied, “Come on Dad, we went to Wyoming.” 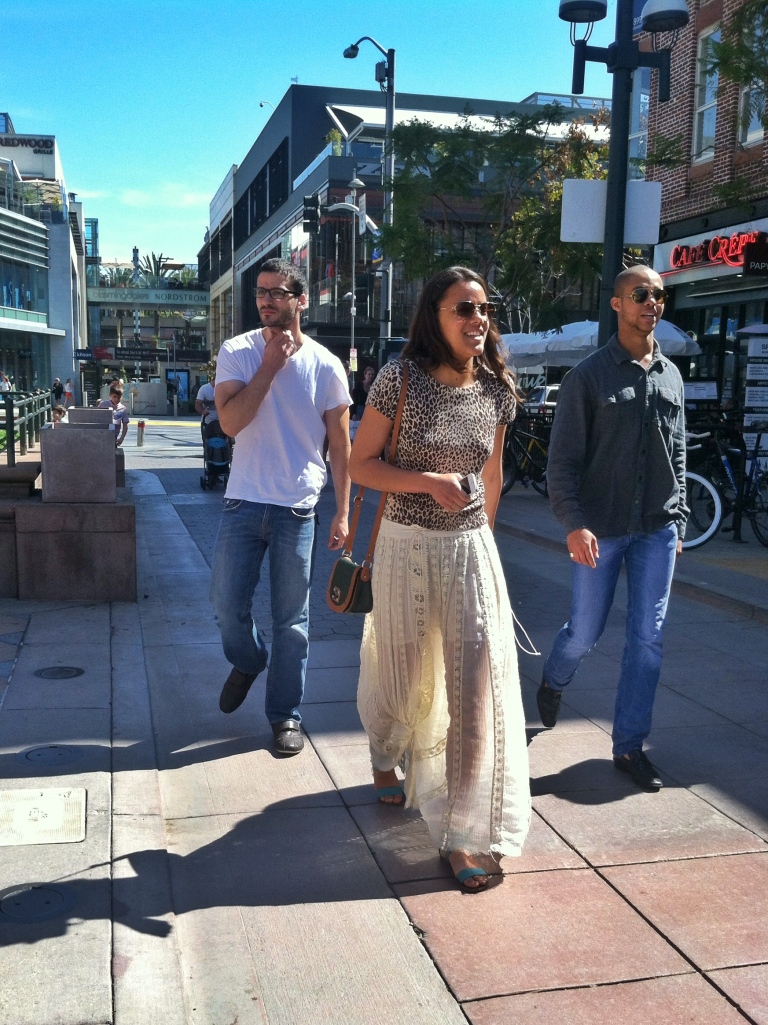 Well, really… it was Santa Monica.

Often times there are little bits of remarkable or fantastical things all around us and we pay them no mind. Sometimes it is because we aren’t paying attention. Other times we are simply unaware. We can look at things, walk right past them, and have no idea what they are. It isn’t always that we don’t stop to smell roses but more there is no one standing on the sidewalk saying, “excuse me, but were you aware that these plants right here are roses?”

That happened to me back in December.

I had a meeting to attend, a rather low key function, and I was emailed an address. Giving it no mind I punched it into the iphone/gps and hit the road. This is where it took me:

This was not the office park I was expecting and I spent enough time wandering around in awe that despite arriving 30 minutes early, I was ten minutes late to the meeting.

The Mission Inn was built, or rather begun, back in 1902. That was back in the day when people growing oranges starting making money in the venture and wanted nice stuff, or nice places, nearby. This place qualifies as nice.

The place is a decadent maze of arches and corridors. It changes styles and directions without warning but never fails to be interesting. It contains a cathedral, a collection of bells from across the world, and has a small museum of artifacts and items collected through the years. It has also collected quite the guest list; Booker T. Washington, Cary Grant, Einstein, Houdini, Barbra Streisand, W.C. Fields, Helen Keller, Joseph Pulitzer, Carnegie, Susan B. Anthony, Bancroft, and me of course.

Richard and Pat Nixon were married at the Mission Inn. Ronald Reagan honeymooned there. Presidents Taft, Roosevelt, Harrison, McKinley, Kennedy, Hoover, Ford and W. Bush have all visited. So did the Governator.

They all told me to go see the Christmas lights. “Hey did you go to that place in Riverside with all the lights?”

I went back later to look at the lights. They were impressive, maybe a little gaudy.

But if all you go for is to look at the lights, I would argue you only sniffed the stem.

California’s system of public higher education can be a bit tough for an outsider to understand. UC vs. CU, vs. IDK. It doesn’t help that there are 23 different CU schools and 10 different UC schools.  Most outside the system don’t even know it’s a system.

But they all know about UCLA.

The University if California at Los Angeles. I had a couple Bruins in my cohort in grad school and they were almost insufferable in their love for their alma mater. I’m a generally jaded guy so this sort of vigor intrigues me. It bears investigation. (did you see what I did there?)

In said investigation a couple things have drawn my attention, the newly formed Lowell Milken Institute and the not so newly formed, but unique nonetheless, Critical Race Studies program, also in the school of law. No, I am not a lawyer… but I have friends who are. I am also obviously not a comedian… nor am I a friends with any. 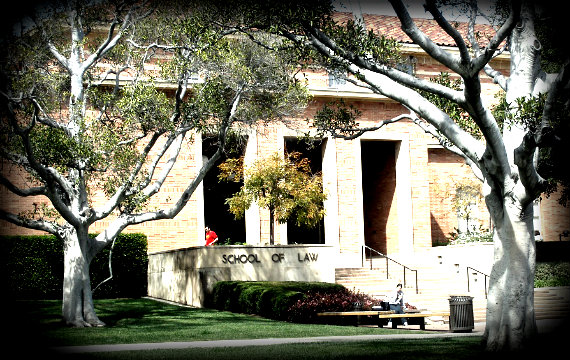 The Lowell Milken Institute studies entrepreneurism and law. I have no real desire to work for myself but I love the idea of chasing one’s own dreams. I’m a fan of that. I’m a fan of the idea of lawyers chasing dreams rather than ambulances. I get the impression the folks over at UCLA agree with me on that.

Critical Race Studies (CRT) was birthed in the practice of law but most schools do not have dedicated programs. UCLA claims it has the only one. I like the idea of the program not because this is all I care about, though many may make that argument, but I like that such things are studied in a practical way. Law is at its core practical. You go argue a theoretical idea, that then becomes, or strikes down, a law, and then people’s lives become structured by it.

Things that touch our lives, especially things like race, should absolutely be studied not just pontificated or legislated independent of ideas and research. Which I guess is why the law school isn’t just one blanket program. But I’m only guessing.

But all this being said, most everyone knows as much about the CRT or Lowell Milken centers as they do the California CU/UC system.