We went to that part of town to visit a library full of books written in a language I can’t read. I had never been to Mexico City before and this library’s design is world renowned. The shelves hang from the ceiling rather than standing on the floor. It is giant, cathedral-like, and filled with books written in Spanish.

But I know what looks cool, and that spot is cooler than most, so we went.

As we opened the Uber door and stepped to the curb something unexpected happened.  Right next door, in a graffiti covered alley, was something loud that I recognized.

Blaring horns, a solid bass rhythm, and a heavy back beat. Played fast. I did not expect to hear punk ska in Mexico but expectations don’t matter so much when you are in the moment, and in that moment, I followed the sound.

The alley was packed full of temporary booths and tons of people. Ramones t-shirts, black leather jackets, and Doc Marten boots were both stacked on tables and worn by the crowds. A thousand or more people sporting full mohawks and spiked collars pushed their way through crowded stalls looking at stickers and buttons. I saw Bad Brains cassettes and Sex Pistols albums, anarchy logos and large gauged earrings everywhere.

And we joined in.

My buddy looked at where we were, looked me up and down, and just started laughing. He shook his head and said, “Dude.”

I had to laugh as well. It wasn’t just my Anglo skin and bullet straight part -I was wearing khakis.

I was the very visual embodiment of “The Man”, a square, the epitome of suburban dorkiness, middle aged middle class might as well have had a flip phone clipped to my belt; shouldering my way unabashedly into a Mexico City punk fest. 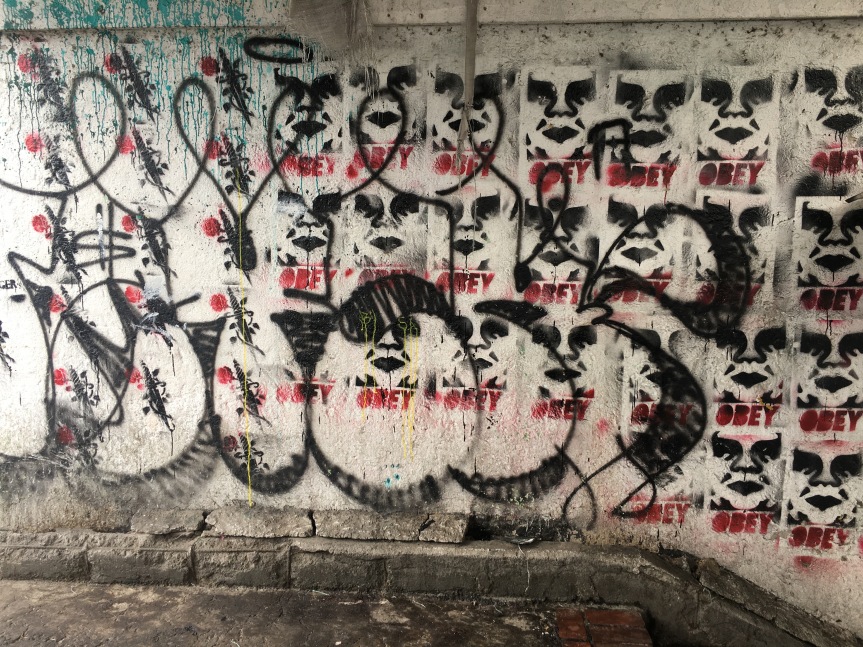 I didn’t care because I have rarely felt I fit in anywhere.

It isn’t that I haven’t wanted too, in fact I have made all sorts of efforts to find my place. It is more that in those efforts, on that journey, I have traversed so many spaces and places looking for a fit, that what I mostly found was overlap. It is natural (more so for some demographics than others) to see ourselves as the center of the world’s Venn Diagram, but I think my overlap was a little less centered. A bit more marginal. Like I am the outside circle of a million other group’s graphics but rarely checking off multiple boxes, or enough boxes to gain full membership. On such a journey one must either find a place and conform, or gain some sort of peace being a misfit.

This place had Misfits gear galore.

I didn’t care how I looked because I knew all the words to all the songs on those bootleg disks and coming out of those speakers. I learned them when I was 12. I learned them alone in my room listening to alternative radio or lurking around that one back rack of the record store. And here it all was in Mexico?

I had no idea what the live bands were singing, but skankin’ just needs that rhythm and a mosh pit was never really content driven.

I fit just enough to feel at home. 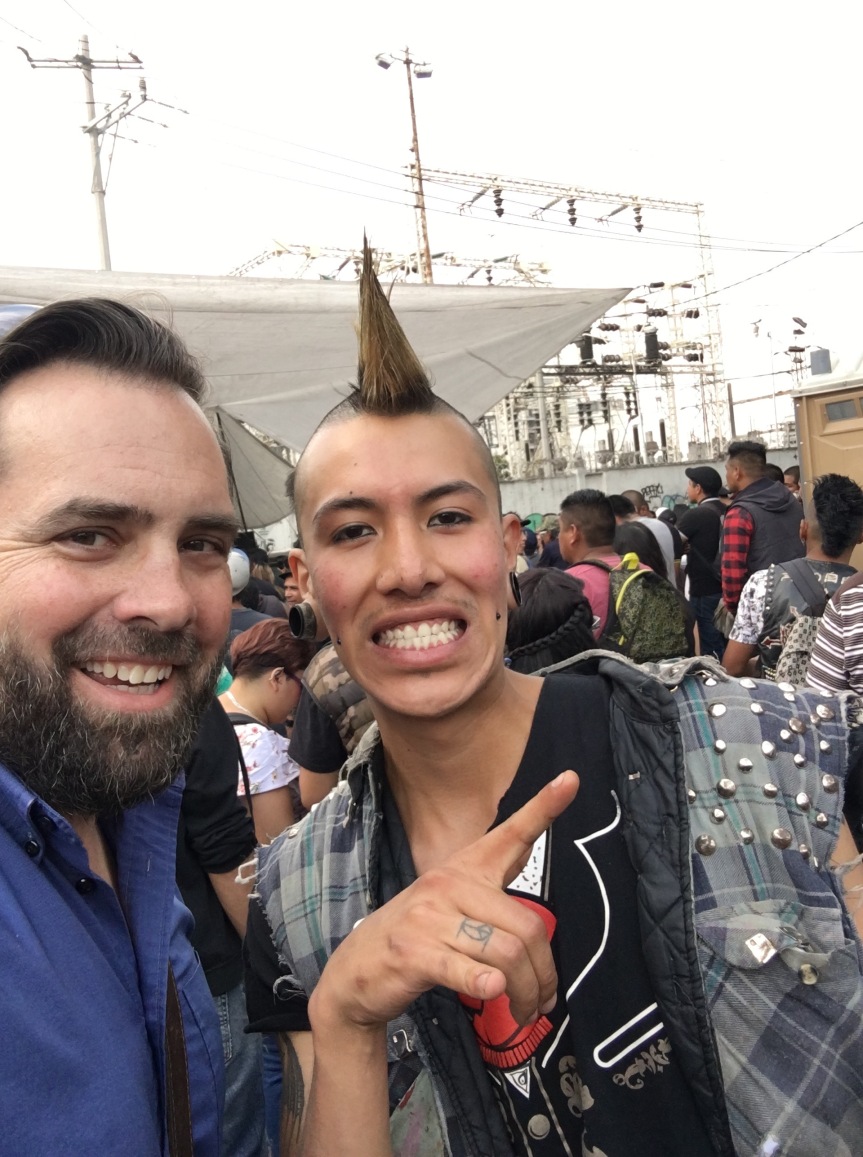