Football in L.A. is mostly the Trojans. Sure the town now has two pro teams, neither of which are the Raiders, and UCLA has been playing well the past few years, but still, when people here think of pro football, odds are they mean soccer. 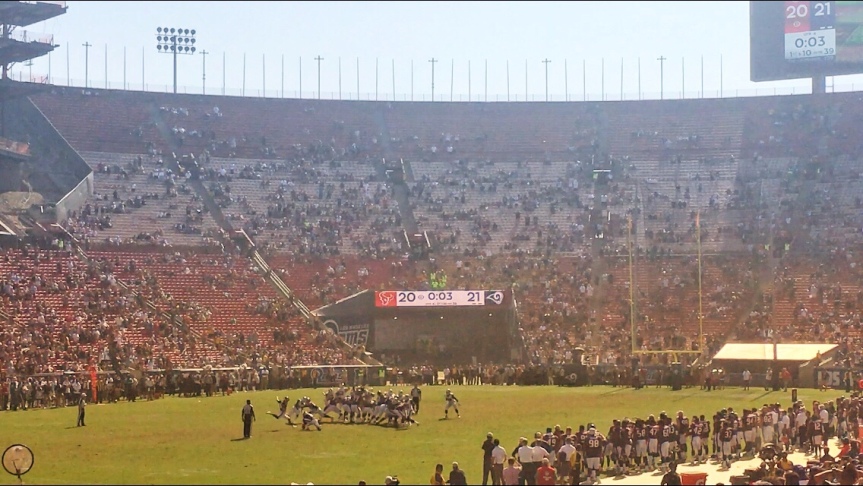 But the Rams are back in town and no matter with whom they share a stadium, be it Carl Lewis or Marcus Allen, they will all be playing in one of America’s most iconic venues.

I will watch anyone play football any where, but not every game is played in a place with an olympic cauldron {insert shout-out to the University of Utah here}. Now granted, most other venues have better luxury suites, or tailgating, or at least one modern bell or whistle, but none of them are in Los Angeles. 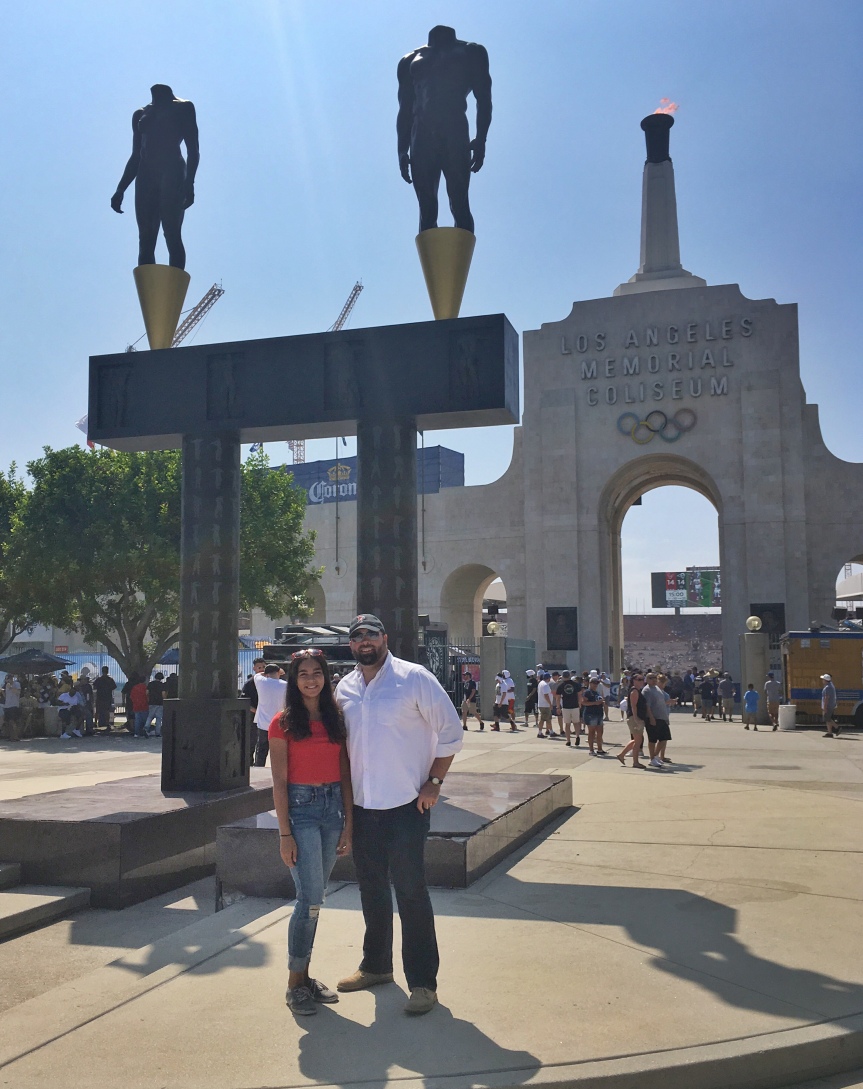 And being in L.A. means elote and agua fresca. Everywhere should have elote. 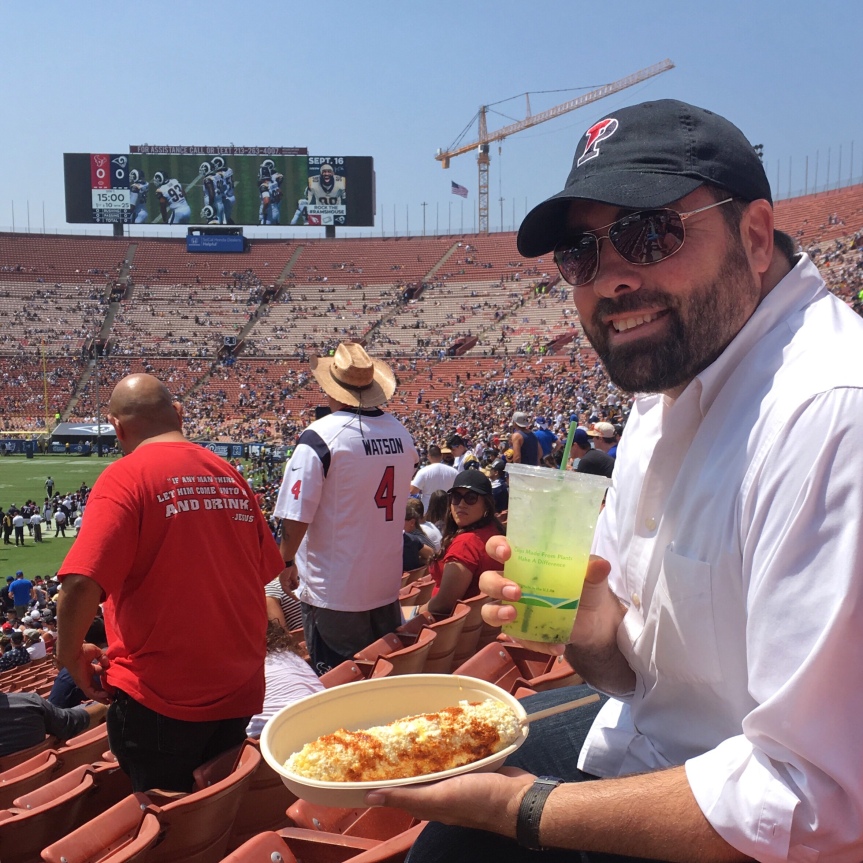 Now forgive my limited sample size (just LA and Philly), but here is what I can say from what I have seen- or experienced. Rams crowds are about 1/28th as aggressive as Eagles crowds. Perhaps it is because of the better weather, or because you would need a pitcher’s arm in order to hurl a battery from the cheap seats to the field in the Coliseum, but I saw people wearing the other team’s jersey in the stands without harassment. I got a sun burn. No one hurled obscenities at their own team’s players. But, in both places, the players ran, tackled, threw, caught and kicked. 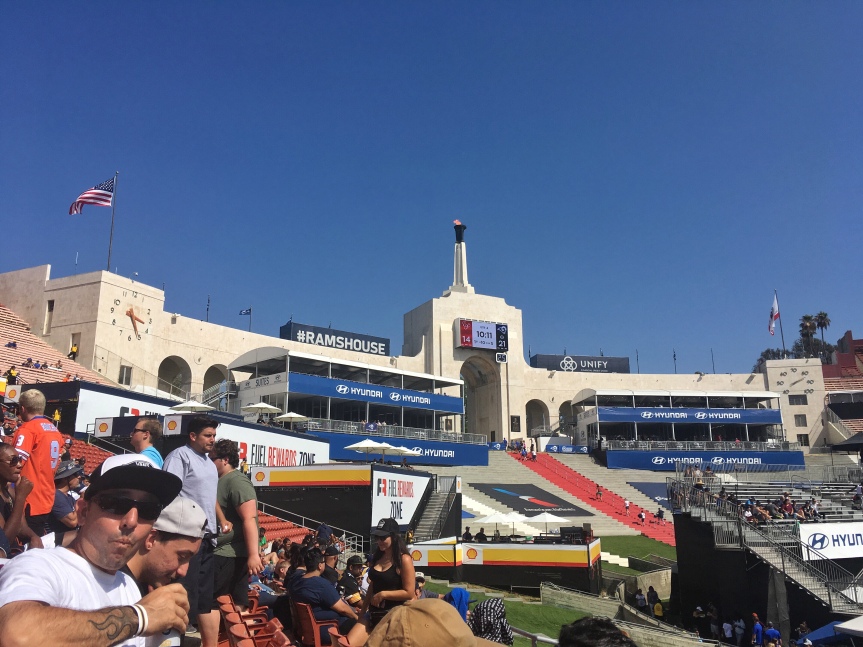 And football fans were pretty much still themselves.