I am a Mormon. You cannot tell that just by looking at me, but it is very much a part of who I am. I could even argue that it is everything that I am. But you cannot really see it. 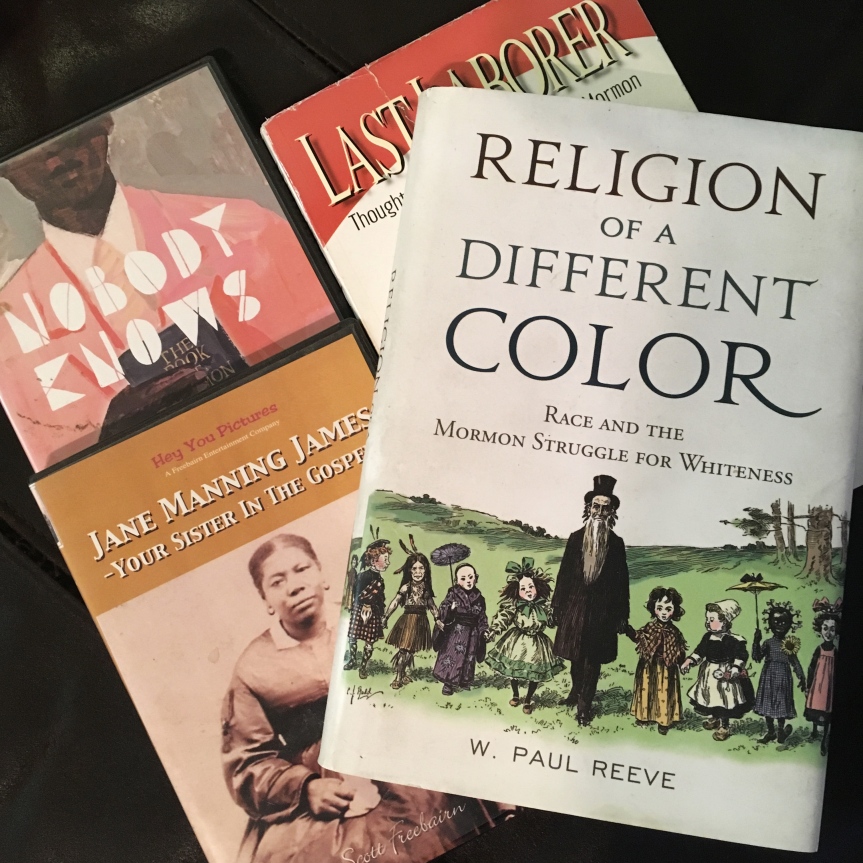 There are plenty of Mormons who like to think their Mormonism is visible, that we glow, but this is simply self-affirmation. You can’t see it. It isn’t like Orthodox Judaism or some forms of Islam with proscribed hair and clothing. We don’t even have any actual symbols to announce our faith. No crosses, no Star of David, no half moon and star. Some of us have created symbols, like Angel Moroni lapel pins, but these came “from the streets” not from God. But we know our own. We know who we are because we are obsessed with ourselves.

This is arguably why many people do not like us. We do not sit quietly in a corner, we let you know who we are. We knock on your door and ask you to join us. Odds are, if you want to be left alone, we still won’t leave you alone. This is one reason why, even if I am personally leaving people alone, they still might throw beer bottles at me, swerve their motorcycle to run me off the road, mock my faith loudly during board meetings, accusingly tell me what I believe in job interviews, misrepresent me in classrooms, sing songs mocking me in bars, spit chewed food at me, or the ever hard to really pin down- deeply ignore me. I have experienced all of these things personally.

Sometimes it happens without the other person knowing my faith. They say something negative with no intent to upset me because they don’t know. But most people I know, know what I am, and when the digs come they are intentional. It will not happen, but theoretically, I could always choose to simply not be Mormon. People leave the faith all the time. It isn’t like my last name ties me to an ethnicity like say, Lifshitz or Austerlitz, though I should say that names are how I know Ammon Bundy and Manti Teo were born Mormon. I could hide if I really wanted too, but odds are if I ever became somebody I would get outed. We out our own all the time.

For instance Derek and Julianne Hough, Aaron Eckhart, Ryan Gosling, all born Mormon. Roseanne Barr’s family joined when she was a kid and thanks to my favorite Pop-up Video bubble, the singer Jewel was Mormon till the age of 8. This was my favorite insider Mormon joke because we all know you cannot officially be Mormon until you turn 8, but the point is we are self-obsessed enough that even if you leave us, we will find and claim you. Just the other week I got a text while sitting in church informing me that the real life Rudy, the guy the movie portrayed, had just been baptized a Mormon.

There are some good explanations for this obsession; both historically and due to what it is like to live as a Mormon day-to-day. For example the governor of Missouri signed an extermination order in 1838 authorizing the use of deadly force to remove all Mormons from the state. During much of those years Mormons lived as refugees fleeing from place to place relying on each other for survival. Identifying and sticking with our own was critical. Then we went and founded a city. Then we went and founded a whole bunch more. Salt Lake, Las Vegas, San Bernardino, all Mormon. But manifest destiny couldn’t be stopped and in 1857 the United States declared war on the Mormons in Utah and occupied Salt Lake. As a kid my family regularly drove past the army base originally established by federal forces to keep us Mormons in line.

But that was forever ago, everyone who lived in those days is long gone. Yet this era is such a part of the Mormon cultural legacy that to this day every congregation across the United States send their youth on small summer “treks” where they dress in 19th century clothing and pull rickety human powered wagons called “hand carts” for a week in the woods to ingrain in these kid’s minds what their predecessors endured. If you visit Utah in July you will learn that July 24th, “Pioneer Day” commemorating the arrival of Mormon pioneers into the Salt Lake Valley is celebrated bigger and louder than the 4th. We refuse to forget.

But it isn’t just history, being Mormon today does draw some attention. While you cannot see my Mormonism, the fact that I have never tasted coffee, or alcohol, or that I was willfully a virgin at my wedding, have put me in some serious spotlights over the years, especially in high school and college. I weathered that storm, but even in the professional world I have had bosses question whether or not I could be an adequate host to important accounts if I was unwilling to drink at the bar with them or share a good glass of wine. I was of course willing to host clients at a bar, but I have learned through repeated experience, I repeat-much experience, that most people are uncomfortable drinking with a person who isn’t doing the same. Yet this one little thing which is such a miniscule part of my faith and an even smaller aspect of who I am as a person, has become my defining characteristic to a huge portion of my associates; clients, rugby teammates, neighbors, colleagues. It becomes rather annoying having that same conversation time and time again, “No not even a little bit. Nope never have. No it isn’t really that hard. Yes hats off to me and yes I still like karaoke.” My religious views on sexual expression influence what I watch in movies, television and online. I love movies and television, and the internet, but every Oscar season there is a large swath of nominated productions that I have not, nor will ever see. This makes me different than other cinephiles and makes me almost unable to meaningfully communicate in those circles.

Faithful Mormons are largely expected to marry other Mormons.

This can make things a little tricky if you don’t live around a critical mass of other Mormons. This is one of many reasons why so many Mormons want to live in Utah, or send their kids to BYU. They want some options, they want to fit in, and they want to be part of their people. Some of us feel this desire to be among our own very strongly, some of us are annoyed by the idea, but we all understand it. I am an American to the core, but having grown up in Utah, I have felt very much the expatriate living in other states. Looking back, at both my youth and my home state, I am a bit amused at how much I, and we, felt like ex pats even when we were living in Utah.

This is why the local Deseret News regularly prints lists of every identifiable Mormon playing in the NFL, the NBA, NCAA, Olympics, or on TV, or in congress. We take a special pride whenever one of our own does anything. I never watched the old MTV show Real World, till a Mormon named Julie went on the show and embarrassed me. I watched every episode of that season. There is a website, www.famousmormons.org that attempts to list every Mormon doing anything, the church puts out an official portfolio of monthly magazines (Ensign, Liahona, New Era, the Friend) yet you can find all sorts of extra Mormon themed magazines not published by the church, but more just published for Mormons by Mormons (LDS Living Magazine). We have created our own books, book stores, television stations, network of blogs (the bloggernacle), music, schools (SVU), all above and beyond what our hyper organized church produces and we cling to such even when we are already living amongst our own. We are self-obsessed.

But I get it. Sometimes I get tired being different and just want to relax with a group of my “brothers and sisters”. Sometimes I want to watch something like Napoleon Dynamite with hard to explain inside jokes. Sometimes I would like to see a doctor who understands why I might be a couch potato yet have this health nut styled prohibition on tobacco and alcohol, yet won’t drink green tea. I would love a dance company for my daughter to join that understands why she won’t train on Sunday. But I also want to live in New York.

Because I get it, I refuse to listen to any white Mormon who makes the complaint that black people think too much about race. I reject any critique coming from people like me regarding black colleges, black television, a congressional black caucus, or a black history month. It is hard being an “other” in America. I know this because I am one. And as one who has experienced how “hard” it is to be Mormon in current society, yet only glimpsed what it might be like to be black, I testify that America is harder on black people than it is on Mormons.